Tasmanians in the AFL – Round 11 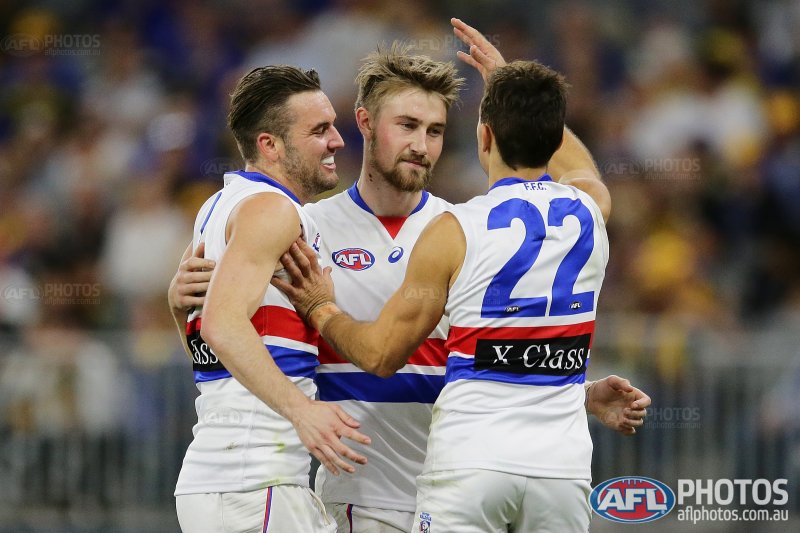 Brown was excellent on Friday, earning six AFLCA Coaches votes in North’s great win over the Tigers. He was matched up on the younger and more inexperienced Ryan Garthwaite, who he managed to kick five goals straight on. He also had 14 disposals at 85.7% efficiency and six marks (three of them were contested). Brown is really hitting his stride at the moment and is a real Coleman Medal chance. AFL Fantasy Points: 98 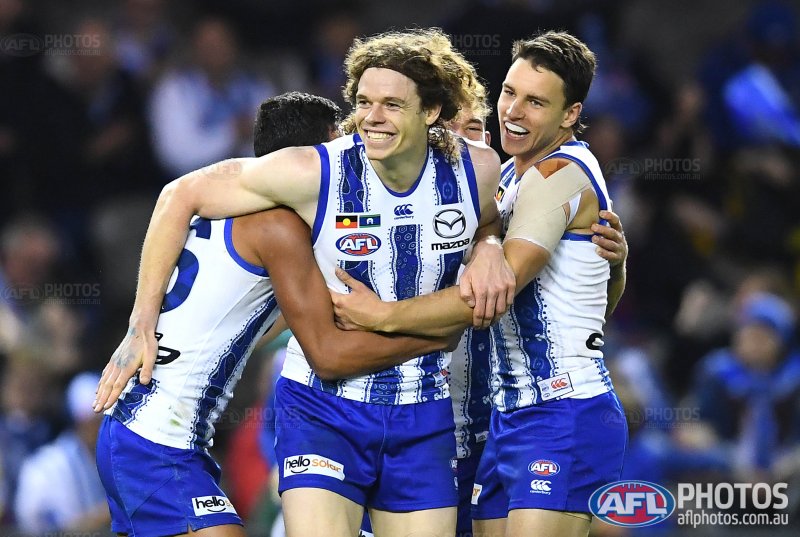 Thomas continued to show his potential and class, with another solid game on Friday. He had seven disposals at 100% efficiency, four marks and two one percenters. The highlight of his night came from a great goal midway through the last quarter. He took a good overhead mark and then goaled with a kick around the corner. He’s a part of an exciting group of young players at the ‘Roos and should continue to get opportunities under new interim coach Rhyce Shaw. AFL Fantasy Points: 41

Mihocek had a frustrating game on Saturday. The Tasmanian found plenty of the pill and his effort was evident, but he failed to execute with ball in hand. He had 18 disposals at only 50% efficiency, nine marks and five inside 50’s. He was also inaccurate in front of goal with three behinds, including a sitter he missed from directly in front. Mihocek has been uncharacteristically inaccurate these last two weeks, usually he is one of Collingwood’s most consistent and reliable goalkickers, but his usual work rate has been present and it shouldn’t be too long before his luck turns around. AFL Fantasy Points: 80

Howe was one of Collingwood’s best in defeat, getting two AFLCA Coaches votes for his game on Saturday. He had 21 disposals at 90.5% efficiency, 11 marks, six intercepts and seven rebounds out of defensive 50. It was a complete game from Howe, who played a more unaccountable role with the return of Darcy Moore to the side. Hopefully he can continue to play this role and not be forced to play as a key defender due to injuries to other players. AFL Fantasy Points: 92 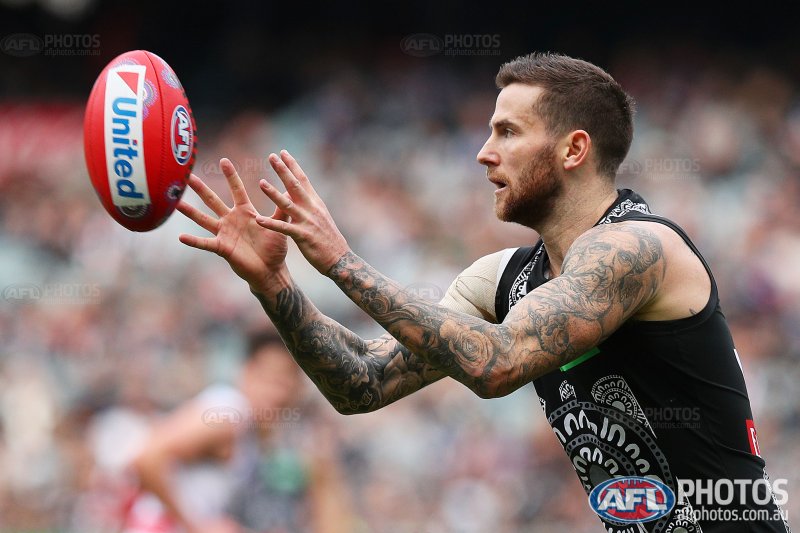 Pearce’s day unfortunately turned into a nightmare during the third quarter. He injured his ankle from a seemingly innocuous incident when he kicked the ball and didn’t return to the ground for the rest of the game. It was later confirmed that he will miss the rest of the season due to a fracture to his left ankle. During his limited time on ground he had seven disposals, two marks and three one percenters.

Unfortunately, what was looking be a career season and All Australian year for Pearce has been cut short due to another injury, which have haunted him so far in his short career. Hopefully he can hit the ground running again in 2020. AFL Fantasy Points: 21

Weller was among the Sun’s best in their loss to the Giants, collecting 22 disposals at 59.1% efficiency, two clearances and four one percenters. He also had three inside 50’s and eight rebounds out of defensive 50. He’s made an immediate impact of half-back since returning from injury, but has also shown the ability to play further up the ground when required. AFL Fantasy Points: 78

Fox was solid for the Swans, finishing with 11 disposals at 90.9% efficiency, one clearance and eight tackles. The forward pressure that he brings and the ability to play in both the forward line and the midfield is handy for the Swans. He also provides a different avenue to goal in a very tall Sydney forward line. AFL Fantasy Points: 55

Kolodjashnij was good down back for the Cats in their win on over the Swans. He had 11 disposals at 63.6% efficiency, five marks, four one percenters and two tackles. He primarily played on former teammate Dan Menzel (who was making his first appearance in red and white) and restricted him to one goal and one behind. Both he and Geelong will now gear up for a big Friday night clash against Richmond this week. AFL Fantasy Points: 51

Robinson was great in the Lions’ win on Saturday, earning one AFLCA Coaches vote for his game. He had 22 disposals at 72.7% efficiency, three clearances, four marks and four tackles. He also had four inside 50’s and five rebounds out of defensive 50. It was another impressive performance in an already great season for Robinson. He’ll be crucial to securing the Lion’s finals chances with a favourable four week stretch of games coming up, including facing his old side Carlton this week. AFL Fantasy Points: 87

"One of the best marks of his career"

Greenwood was great for Adelaide in their nail-biting two-point win over the ‘Dees. He had 25 disposals at 85% efficiency, two clearances, four marks and seven tackles. His attack and presence were evident around the contest and he was crucial to the Crows comeback during the third and fourth quarters. His signature remains a crucial one for Adelaide to secure, as he comes out of contract at the end of the year. AFL Fantasy Points: 86

Bellchambers was okay for Essendon on Sunday, but was clearly beaten by his direct opponent Matthew Kreuzer. While Bellchambers had the edge in hit-outs (39 to 32), Kreuzer’s work around the ground was the difference between the two and he finished as Carlton’s best player on the ground. Bellchambers had two disposals, two marks, one clearance and three tackles. It was a down game after his best performance for the season last week, but he should recoup over the bye after a taxing first half of the season. AFL Fantasy Points: 49

Gardner completed one of the fairy-tale stories of the year by lining up for the Bulldogs on Sunday night. In the space of 24 hours he went from being a VFL listed player (playing for the Bulldogs VFL affiliate Footscray), to joining an AFL list via the Mid-Season Draft, to learning that he would debut against the Eagles on Sunday. It was his first game of senior AFL footy, after being delisted by Geelong last year after three seasons at the club.

He was thrown in the deep end immediately when he was named at centre-half forward on Jeremy McGovern, but he managed to hold his own in a solid debut. He had nine disposals at 77.8% efficiency, two marks, one clearance, three one percenters and kicked a goal. He should hold his spot in the team as he fills a need up forward for the Bulldogs, being another key-position forward who can complement Aaron Naughton for the rest of the season. AFL Fantasy Points: 40