Around the grounds: April 2-4 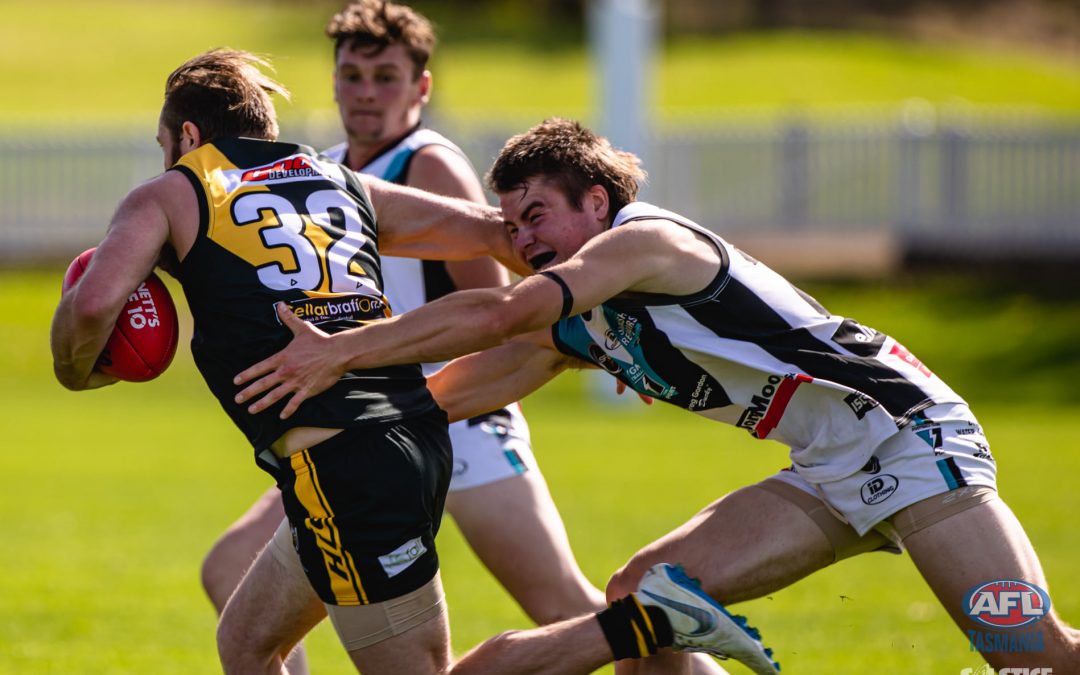 Catch up on the biggest results from across Tasmania’s football leagues, with a full list of scores from around the state below.

It looks like there could be a changing of the guard in the NWFL Women’s competition this season, with both of last season’s grand finalists tasting defeat in round one. It started at the Latrobe Recreation Ground, where last season’s runners-up Latrobe were stunned on their home ground in a 14-point loss to Devonport. With eight debutants in their lineup it was a remarkable win by the Magpies, led by two goals from Lily Johnson. That was followed by another upset in Wynyard as the Penguin Two Blues put in a stellar defensive effort to take down the reigning premier Wynyard Cats. After holding the Cats scoreless in the first half but adding just one point themselves, the visitors pulled away in the third quarter before holding on late to win by seven points. That was just the fourth win in three seasons for the Two Blues, and they will surely be confident in adding to that tally as the season goes on.

The SFL has kicked off for 2021, and it started with a bang for New Norfolk as they claimed a 260-point win over Claremont. The Eagles did plenty of recruiting over the offseason and that looks to have paid early dividends, with 15 individual goalkickers led by bags of eight from Jye Bearman and Caden Wilson. Elsewhere in the league, the Hobart Tigers made a remarkable comeback from a 52-point deficit at quarter time to claim a win over 2020 runners-up Cygnet. Featuring in his first game for the Tigers was former Essendon, Burnie and New Norfolk ruckman Jason Laycok, who hadn’t played since retiring after the 2017 SFL grand final.

The new season hasn’t yet brought about big changes in the NWFA, with both 2020 grand finalists enjoying big wins in round one. Reigning premiers Motton Preston opened their season at home and ran out 216-point winners over Spreyton, with Haidyn Clarke booting 18 majors to take a big early lead on the league’s goal kicking table. The result wasn’t quite as comprehensive for 2020 runners-up Forth, but they were still comfortable winners over Wesley Vale by 111 points. After fielding just four teams last season the NWFA is back at full strength in 2021 with all nine clubs taking part, but it looks like the cream of the crop from 2020 will still be the teams to beat.

A grand final rematch in round one gave an early chance for revenge, but reigning TSL premiers Launceston remained on top with a 45-point win over North Launceston. Playing for the Phil Edwards Cup, named in honour of the late sports journalist for The Examiner, Launceston held off a third-quarter fightback from the Bombers to claim all four points in their first game of the year. Dylan Riley took home the Adam Sanders medal as best on ground, with last year’s Peter Hudson Medalist finishing with 24 disposals, five marks, three goals and nine score involvements in a dominant display.