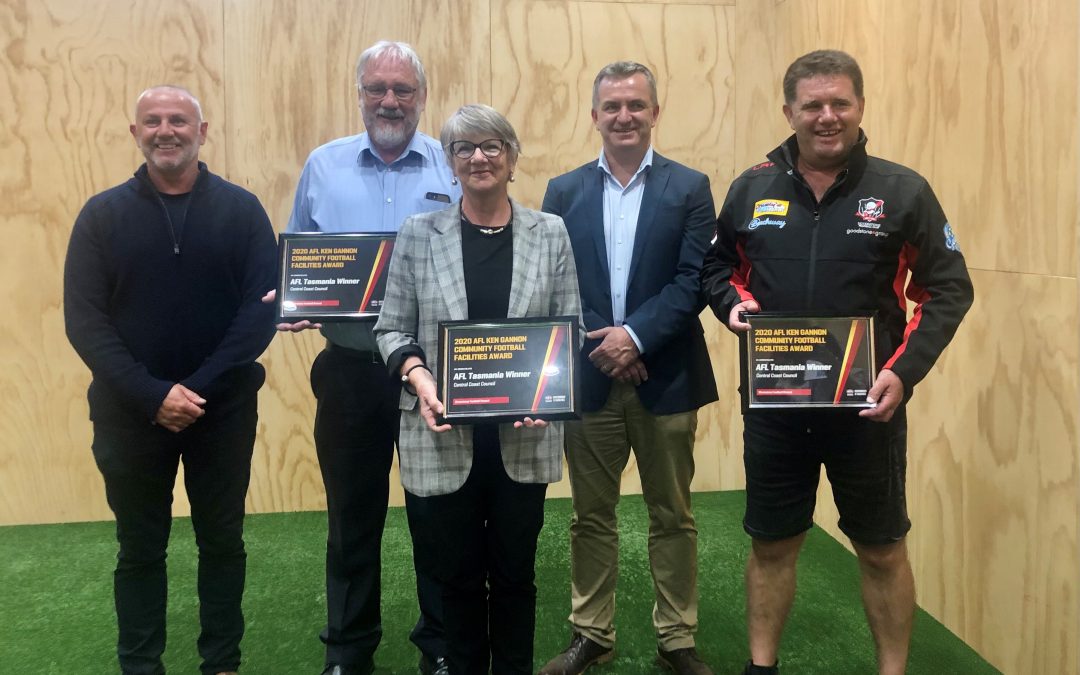 The project to overhaul facilities at the Ulverstone Football Ground has been announced as the AFL Tasmania recipient of the 2020 AFL Ken Gannon Community Football Facility Awards.

The annual awards recognise best practise in community football facility development across Australia, along with the people, clubs and other stakeholders driving the best projects.

The Central Coast Council led the $1 million project, with funding from the Tasmanian Government, the Federal Government and the AFL. The venue is one of the most heavily utilised facilities in north-west Tasmania, and the most-used sports ground on the Central Coast.

The ground will feature AFL Tasmania events, and also hosts local football, school sports, community events and is open to general public use.

The announcement came in the same week that AFL Tasmania launched a new Statewide Facilities Strategy, developed to enhance facility capacity across local communities and continue to drive the game’s growth over the next decade.

Head of AFL Tasmania, Damian Gill, said: “With participation growth, and the ongoing surge in the popularity of football for women and girls, the planning and development of fit-for-purpose infrastructure will play a vital role in ensuring the game can continue to cater for everyone who wants to be involved.

“Communities, leagues and clubs are telling us that many facilities around the state are in need of enhancements to ensure the game can continue to grow.

“The project at Ulverstone is the perfect example of how well-planned investment into facilities can help set Tasmanian football up for success for many years to come.

“I would like to thank and congratulate everyone involved in this project, including the Central Coast Council, the Tasmanian Government, the Federal Government, the AFL, local community representatives and contractors.
“North-west Tasmania will benefit immensely from this redeveloped facility, which the local community can be very proud of.”

“We need significant support from all levels of government to make projects like this happen, and Ulverstone Football Ground is a shining example of what can be achieved when stakeholders across government, local communities and the AFL come together, for the benefit of so many people who will use this magnificent facility.”

The Mayor of Central Coast, Ms Jan Bonde said: “The upgraded facilities were completed and handed over for the Ulverstone Football Club and other user-groups to benefit from the significant improvements, in time for the start of the 2020 NWFL Men’s and Women’s seasons.

“A collaborative, team-focussed approach between the Council, user groups, design team, and the building contractor, allowed the project to also deliver a number of other improvements. These include small structural upgrades to the north grandstand, and a range of modest but functional user spaces, including dedicated spaces for first aid, trainer support, player warm-up, player recovery, and gymnasium.

“It is such an honour that the work undertaken has been recognised by the Ken Gannon State Facility Award and a big congratulations to all involved, with a special acknowledgment and thank you to the State and Federal Governments and AFL Tasmania for funding this successful redevelopment,” said Mayor Bonde.