Young Tasmanians set to shine in the VFL and VFLW 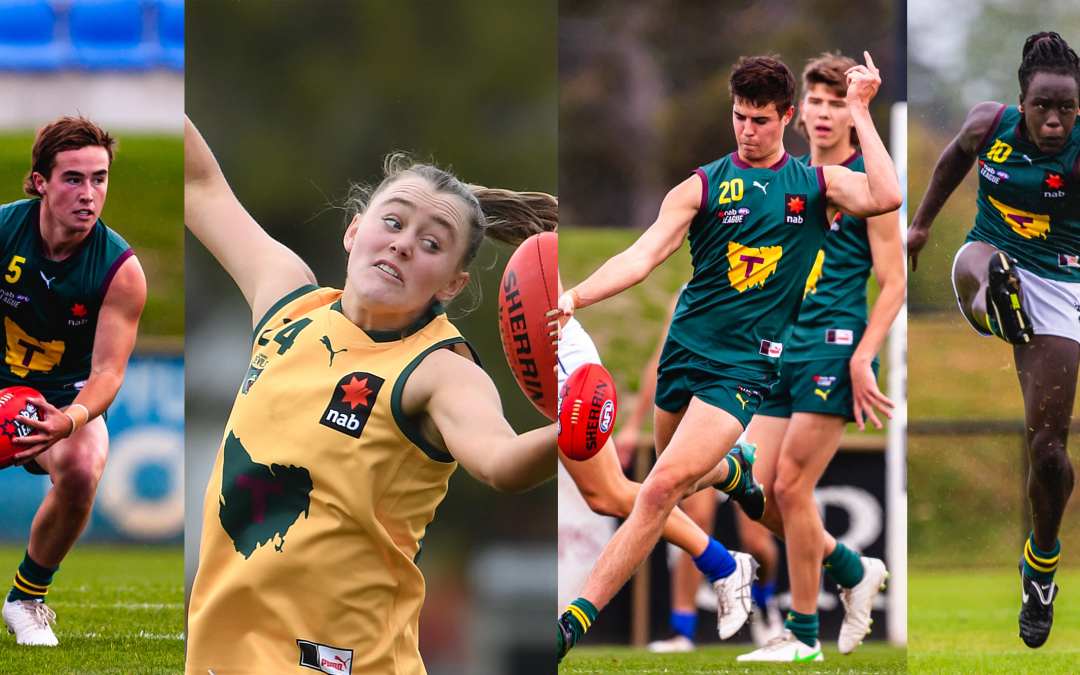 There will be a distinct Tasmanian flavour in the VFL and VFLW this weekend, with Bailey Boag (Burnie), Tyler McGinnis (North Hobart/Tasmanian Devils) and Oliver Sanders (North Launceston/Tasmania Devils) named to play for North Melbourne in the VFL, Camilla Taylor (Launceston/Tasmania Devils) playing her second game for North Melbourne in the VFLW, and Priscilla Odwogo (Tigers/Tasmania Devils) lining up for Williamstown in the VFLW. Boag is contracted as a development player with North Melbourne’s VFL program, while the remaining players are part of a growing pathway between the VFL leagues and the Tasmania Devils program. This comes a week after North Launceston’s Tom Donnelly was among the Kangaroos’ best in his VFL debut last round and Taylor made her first appearance for the Kangaroos

The Devils boys side have a four-week hiatus ahead, making it the perfect opportunity for some of their players to take on the challenge of one of the country’s premier competitions. It’s an exciting time for Devils coach Cameron Joyce, who says the experience these players will gain is crucial to their development. “It’s a great opportunity for all of them to challenge themselves and see what the next level up looks like,” Joyce said.

With the boys side recording a big win over the Eastern Ranges a week ago and the girls flying high with a 5-2 record, Joyce says his players will be raring and ready to go. “The good thing is that all of them, girls and boys included, they’re all in good form. They should be going in confident with where their games are at,” he said. “Hopefully they can really use their strengths in whatever role they play at the VFL or VFLW level and really show their talent.” Joyce says that five of the Devils girls trained with Williamstown last week, and with a strong partnership already developed between the Devils, the Tasmanian leagues and North Melbourne, there could be more opportunities for both male and female players as the season progresses.

As a born-and-bred Tasmanian himself, North Melbourne General Manager of Football Brady Rawlings is excited to have some company around the club. “I used to be one out a lot as a Tasmanian– as you can imagine we need thick skin, us Tasmanians, so at least I’ve got a few to share the load,” Rawlings said with a laugh. More importantly, North are excited to be providing opportunities to players from across Tasmania, with the three players stepping in this round hailing from the south, north and north-west regions, respectively. “That’s another part of what we’re after with this relationship, it was to make sure we’re providing opportunities for the whole state,” he said.

After Donnelly’s impressive debut in round one, Rawlings says the relationship with Tasmania is already exceeding their expectations. “When we first went into this partnership with the TSL clubs for our development listed players from Tasmania, we probably thought there would be maybe one or two opportunities per week,” he said. “To be able to provide three opportunities this week against Frankston is terrific for the program.” After strong performances early in the NAB League season, Rawlings is ready for the players to announce themselves in the VFL. “I think it’s really important for their development, but also for the exposure,” he said