Tasmanians in the AFL: Round 7 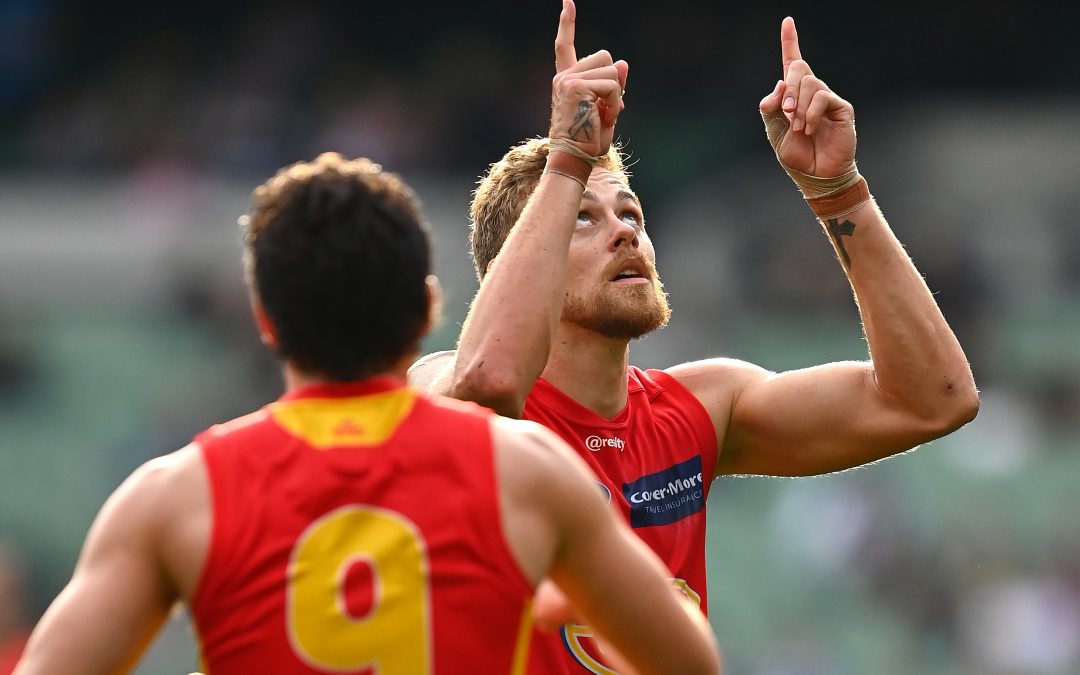 The Tigers bounced back from a tough loss in round six, beating the previously undefeated Western Bulldogs by 22 points in a Friday night blockbuster. While he narrowly lost the hit-out count, Toby Nankervis (North Launceston) was clearly the best ruckman on the day, outworking Stefan Martin around the ground on his way to 20 disposals. That included a team-high 13 contested possessions as he followed up his own work around the stoppages.

He told @AlisterNicho on The Lead he doesn't think he'd even make his own father's top five. 😂 pic.twitter.com/breSdCiZUy

It was a quieter night up forward for Jack Riewoldt (Clarence), equaling his season low with one goal. He was still able to have an impact in the forward line, though, with four of his seven marks coming inside 50 and four score involvements to his name. At the other end of the ground, Rhyan Mansell (North Launceston) continues to play his role with minimal fuss, and he put in another solid display against the Dogs. He finished with nine disposals and three marks, and he got the ball moving forward with three rebound 50s.

26 disposals and a goal is a fair day out for any midfielder, but this was simply an outstanding effort from Hugh Greenwood 🌟#AFLPiesSuns pic.twitter.com/5dCIeTeXgK

The Suns were outstanding against Collingwood on Saturday, claiming their fourth ever win at the MCG by 24 points, and midfielder Hugh Greenwood (Lauderdale) was among their best once again. The former Crow has become a dominant force around the stoppages, finishing with 12 clearances, 21 contested possessions and ten tackles. That saw him rack up 26 disposals for the day, and he capped off a phenomenal performance with a goal in the third quarter that pushed his side’s lead to 16 points. It was business as usual for fellow Suns midfielder Lachie Weller (Burnie) as he continued his strong start to the season with 19 disposals and nine marks across the ground. He rarely wastes a possession, operating at 84% disposal efficiency in round seven and finishing with seven score involvements. It may have come in a loss, but Brody Mihocek (Burnie) had his best game of the season, booting four goals in an impressive display. He had plenty of the ball too, pushing into the space up the ground and finishing with 24 disposals and 12 marks.

The Saints bounced back with a comfortable 69-point win over Hawthorn, and Jimmy Webster (Glenorchy) returned to their lineup with a solid effort. After missing round six with a groin injury he had 13 disposals against the Hawks and played his role well, getting the ball moving from defence with four intercepts, two rebound 50s and three inside 50s.

The Lions claimed an important 49-point win over the high-flying Power, and Grant Birchall (Devonport) was among their biggest ball winners from the half-back line. His 25 disposals came at 84% efficiency, and with eight intercepts and eight rebound 50s he found ways to win the ball and send it back in the right direction. Playing slightly higher up the ground, Mitch Robinson (Lauderdale) also kept the ball moving with 495 metres gained, the second most for the Lions. He finished with 22 disposals, four marks and four tackles, continuing his consistent start to the season.

His side may have gone down by 30 points, but North’s Aaron Hall (Hobart) was everywhere on Sunday at Blundstone Arena. Playing back in his home state for the first time this season, he racked up 33 disposals and 12 marks and created plenty of drive forward from the backline. His 792 metres gained led the game by a wide margin, and he was a key contributor in North’s impressive first half display. It was a quieter day for teammate Tarryn Thomas (North Launceston) but he continues to impress when he gets his hands on the ball. His 15 disposals came at 80% efficiency and he showed off his clean hands and foot skills during his stints in the midfield.

Ben Brown's first goal in the red and blue!

He'll be better for the run. #AFLNorthDeespic.twitter.com/aQ6K8WI77Q

Playing his first game for the Demons since being traded from North in the offseason, Ben Brown (Glenorchy/Devonport) enjoyed a win over his old club in front of his home crowd. He battled hard all day against some resolute defending, bringing the ball to ground on countless occasions and following up well. He managed to snag his first goal in the red and blue with an opportunistic toe poke on the goal line, and he finished with two majors from his five disposals.

The Blues recorded an impressive come-from-behind win against Essendon, but Liam Jones (North Hobart) had one of his quieter games of the year. Carlton’s defence conceded a score over 100 points for the fourth time this season, and Jones had his intercepting game restricted to finish with just two marks for the day. Still, his nine disposals produced six rebound 50s, and he didn’t waste those possessions with an efficiency rate of 89%.