Tasmanians in the (Inter)State Leagues: April 29-May 2 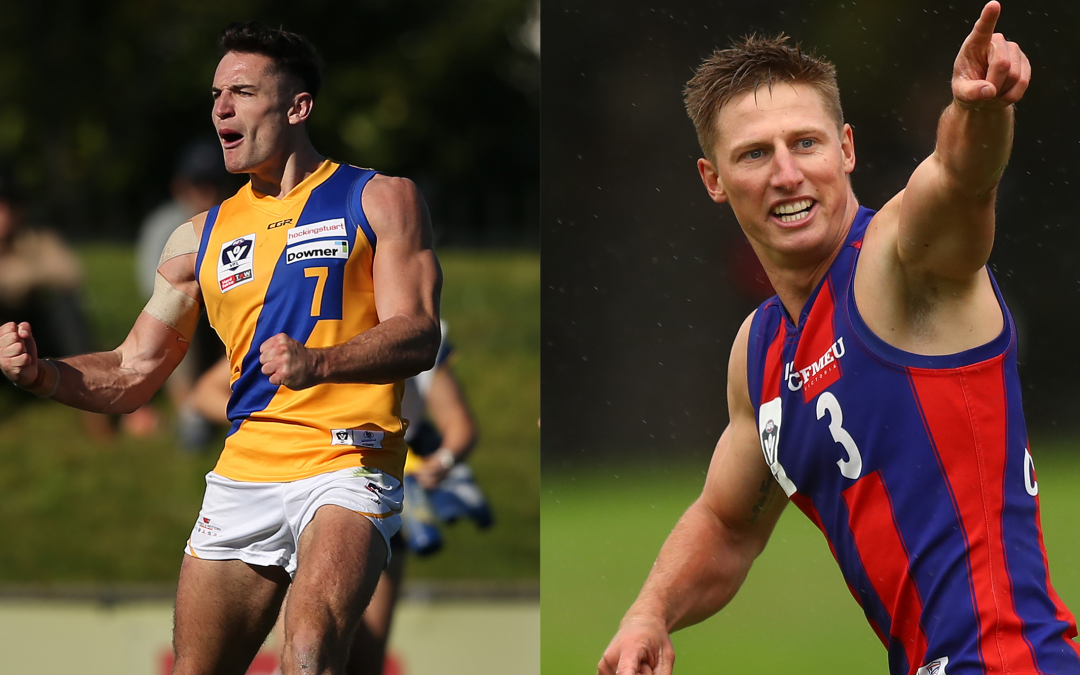 It was a bleak night for North Melbourne on Thursday, dismantled by the Casey Demons to the tune of 107 points. Tom Donnelly tried hard for the Roos with 9 disposals and 6 tackles but struggled with the tempo at times, while in his first game for the season Patrick Walker started well but faded, ending with 15 touches and 5 marks. Harrison Gunther on the other hand enjoyed a very promising debut in the blue and white, finishing with 17 disposals and 7 marks. Opposed to star forward Sam Weideman (who finished with four goals) for most of the game Gunther was far from disgraced, while with ball in hand he was confident and very composed. He even snuck forward in the third term to slot a beautiful set shot goal from 50, one of just three for the night for North.

Elsewhere, Sydney’s Robbie Fox was stellar in his return from injury with 29 disposals and 7 marks against Geelong, Matt Hanson was important for Werribee with 32 disposals, 11 marks and a goal in an 81-point hammering of Richmond, while Mackenzie Wills finished with 25 touches and 6 marks in Southport’s loss to GWS. The clear standouts of the round, however, came from opposing sides in a clash between two traditional rivals: Eli Templeton was massive for Port Melbourne with 37 disposals, 9 marks, 7 tackles and a goal, however it was Williamstown and Mitch Hibberd who got the chocolates, the midfield gun finishing with 36 disposals, 4 marks, 4 tackles and a goal of his own. Special mention as well to Will Peppin, the former North Hobart youngster slotting a goal on debut from four disposals for Aspley in their loss to Frankston.

After finding some form late in the game the previous week, Chayce Jones enjoyed his best game of the season for Adelaide in their 1-point loss to Sturt, gathering 20 disposals and 4 marks. On the other side Hamish Allan continues to perform well in the ruck for the Double Blues, finishing with 6 disposals, 4 tackles and 26 hit-outs. Fraser Turner finally made his senior debut for South Adelaide against Norwood, but had a quiet night with only 7 touches, while teammate Mitch O’Neill started brightly with an early goal before ending the game with 12 disposals and 5 tackles; on the Norwood side Jackson Callow again hit the scoreboard with 1.1 and clunked an equal team-high 7 marks. Meanwhile it was chocolates to boiled lollies for Central District’s Aiden Grace, who after 5 goals last week managed only 1 goal and just 3 disposals in his side’s loss to West Adelaide. In the Reserves, Jared Dakin again put in a strong display for Sturt, finishing with 24 touches and 6 tackles.

After a lockdown-enforced week off, the only two WAFL teams to feature a Tasmanian faced off in Round 5. For East Fremantle, Hugh Dixon endured a quiet day with only 5 touches and failed to hit the scoreboard, however Perth’s Brady Grey was easily the best player on the ground, amassing a team-high 29 touches, 11 marks, 9 tackles and a goal in an immense performance which helped the Demons to a 30-point win.