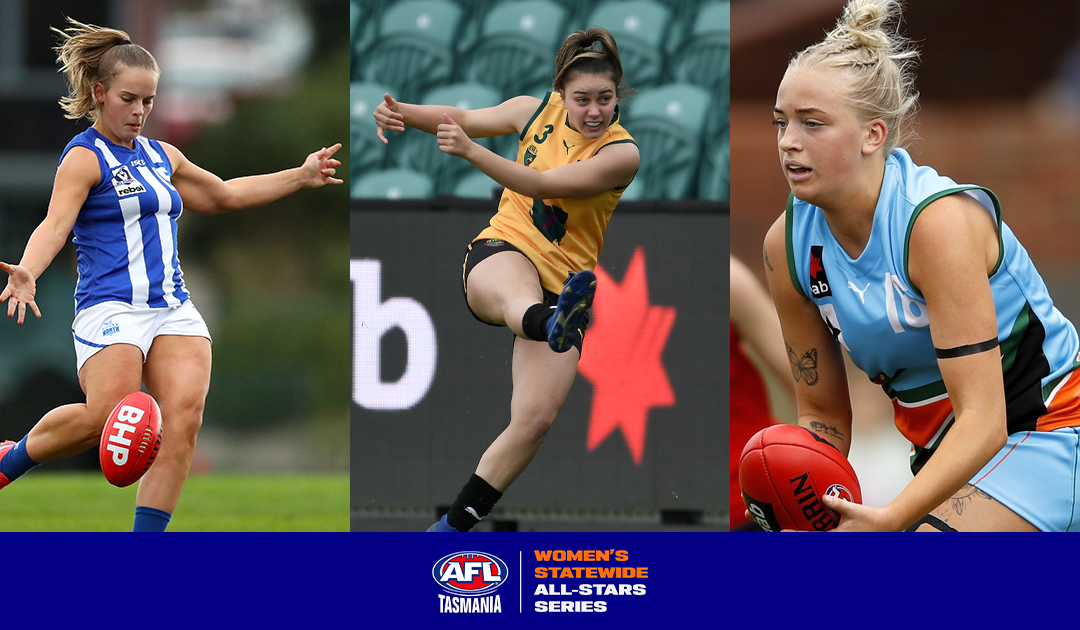 The teams will face off in a three-game series that kicks off this weekend with free live streaming of every game. The full schedule for the series is as below:

North Melbourne AFLW player and Clarence SFLW player, Nicole Bresnehan, has also nominated three ‘players to watch’ from each side. From young guns to experienced heads, these players look set to shine up against the best in the state.

The Magpies star has only played one game in Tasmania this season, as she has spent the bulk of her time lighting up the VFLW with North Melbourne. She has been running through the midfield and finding plenty of the ball at that level, averaging 19.7 disposals per game along with 3.8 marks and 4.8 tackles. With the ability to play in the middle and up forward, she will pose a constant threat to the opposition.

A member of the Tasmania Devils program and the AFLW Academy, King is one of the most promising young talents in the state. She has the ability to play anywhere around the ground, but it is her midfield craft that has moved her into the national spotlight. She averaged 19.7 disposals and 9.4 tackles per game in the 2021 NAB League season, ranking among the national leaders and helping to lead the Devils to a maiden finals campaign. A potential AFLW draftee, the All-Star series will be a chance for her to showcase her skills against Tasmania’s best.

One of the premier forwards in the state, Ford has been a prolific goalkicker once again in 2021. She leads the SFLW in goals per game, booting 19 majors from five games and helping Glenorchy to an undefeated start to the season. With bags of eight and six goals already to her name, Ford has the ability to tear a game apart in quick time. A strong overhead mark, she should benefit from some top-class service in this series.

A versatile and experienced player, Haynes was Glenorchy’s TSLW Best and Fairest winner in 2020 and was previously an AFLW listed player with North Melbourne. She has played some of her best football as an intercepting half-back, but she will likely push onto the wing in this series to utilise her ability to run and carry. She has been named in Ulverstone’s best players in all but one game this season, and they currently sit undefeated and atop the NWFLW ladder.

A strong defender with good hands overhead, Thuringer will likely line up at full back for the NWFLW side. She was previously a key player for Launceston in the TSLW, playing in two grand finals and winning a premiership in 2017. While Latrobe have struggled early in the NWFLW season Thuringer has been named in their best players in all six games she has played.

Another standout for the Tasmania Devils this season, Bissett was one of six Tasmanians selected to play for the Allies at the AFLW U19 Championships in Melbourne. She proved to be a dangerous presence in the Devils forward line, booting ten goals in as many games as part of the side’s charge to the NAB League finals. That form has carried on in the NWFLW where she has four goals from her two games this season.

One of the best left footers in the state, Cuthbertson is an experienced player with plenty of previous state league success. She was runner-up in the 2019 TSLW Best and fairest and fourth in the 2020 count and she has continued to excel in the NTFAW this year. She has booted seven goals from five games, and with plenty of poise in front of goal she looms as the primary threat for opposing defenders.

After a successful NAB League campaign with the Devils, Maurer has been one of several Tasmanians to line up for North Melbourne in the VFLW. She fared well in her first two games at that level, collecting 11 disposals and booting two goals in a round 12 win over Essendon. That followed on from a NAB League season where she averaged 16.8 disposals per game and earned selection for the Allies at the national championships. She will likely spend the majority of her time in the midfield, and with the ability to push forward and kick goals she is an important player in this side.

Another VFLW regular, Sinclair has found her feet at that level with five goals in as many games for North Melbourne. That has been highlighted by a three-goal haul against Casey in round nine in a game where her side kicked just four goals in total. A strong mark and a lethal finisher around goal, Sinclair returned to Launceston with a bang last round and booted four majors in a win over Scottsdale and will figure prominently in these games. 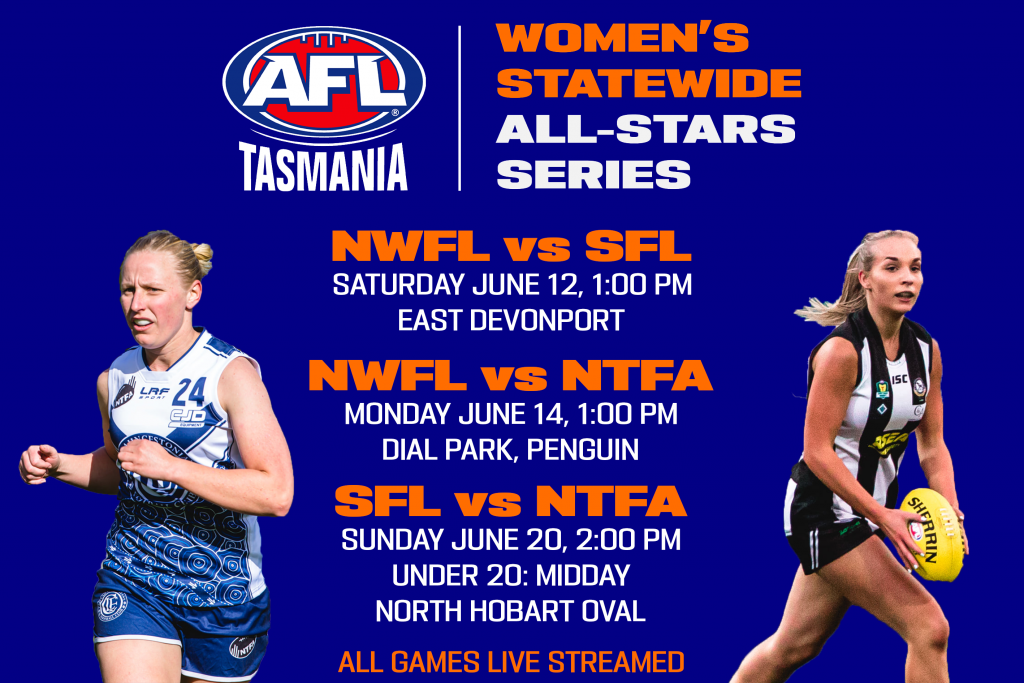