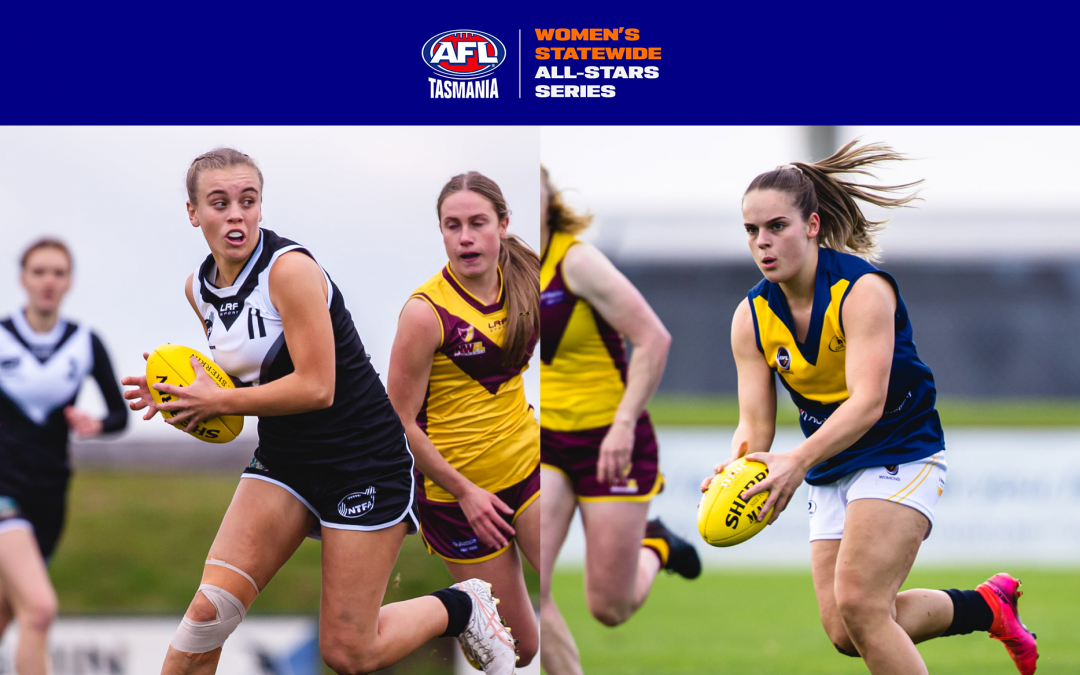 The final game of the inaugural Women’s Statewide All-Stars Series is set to be a huge clash, with the Southern Football League Women’s (SFLW) and the Northern Tasmanian Football League Women’s (NTFAW) going head-to-head at North Hobart Oval this Sunday. Under-20s sides from both competitions will play in a curtain-raiser starting at midday, before the first bounce in the seniors game at 2:00 PM.

While both senior sides suffered tough losses to the North West Football League Women’s (NWFLW) in the opening weekend of the series, they showed plenty of fight and skill to keep both games close. With bragging rights up for grabs and regional pride on the line there should be plenty of feeling in the contest, and there will be no shortage of stars on display.

Entry to both games costs just $5, and both games will be live streamed via the AFL Tasmania Facebook and YouTube pages.

Despite going down to the NWFLW by 19 points, the NTFAW won the midfield battle in that game and will be looking to do the same again here. They won considerably less hit-outs than the opposition, but they still managed to finish the game with more clearances, both at the centre bounces and around the stoppages. That hard edge around the contest could pose some problems for an SFLW side that finished with a contested disposal differential of -40 in their opening game.

Where the southerners may be able to restrict the NTFAW midfielders is with their exceptional defensive work. They laid 46 effective tackles against the North-West, the most of any team in the opening weekend of the series, while only letting five ineffective tackles slip. The vast majority of them came in the midfield, and they will need to replicate that effort again on Sunday.

Both sides would be keen to tidy up their ball use, with turnovers coming back to bite them in a big way against the NWFL. Three of the four goals conceded by the SFLW came from turnovers, while the NTFA gave up a whopping four goals and three behinds. Both sides turned the ball over more than their opposition, and whoever can look after the ball better will have a leg up in this game.

Overall, the biggest factor will be manufacturing scoring shots in any way possible. The SFLW finished with just four less disposals than the NWFLW in their first game, while the NTFAW actually had more of the ball in their game, but both failed to convert that into scoreboard pressure. Both sides would likely back themselves to at least hold their own in the middle of the ground, so the key will be turning any little wins into a more significant one on the scoreboard. 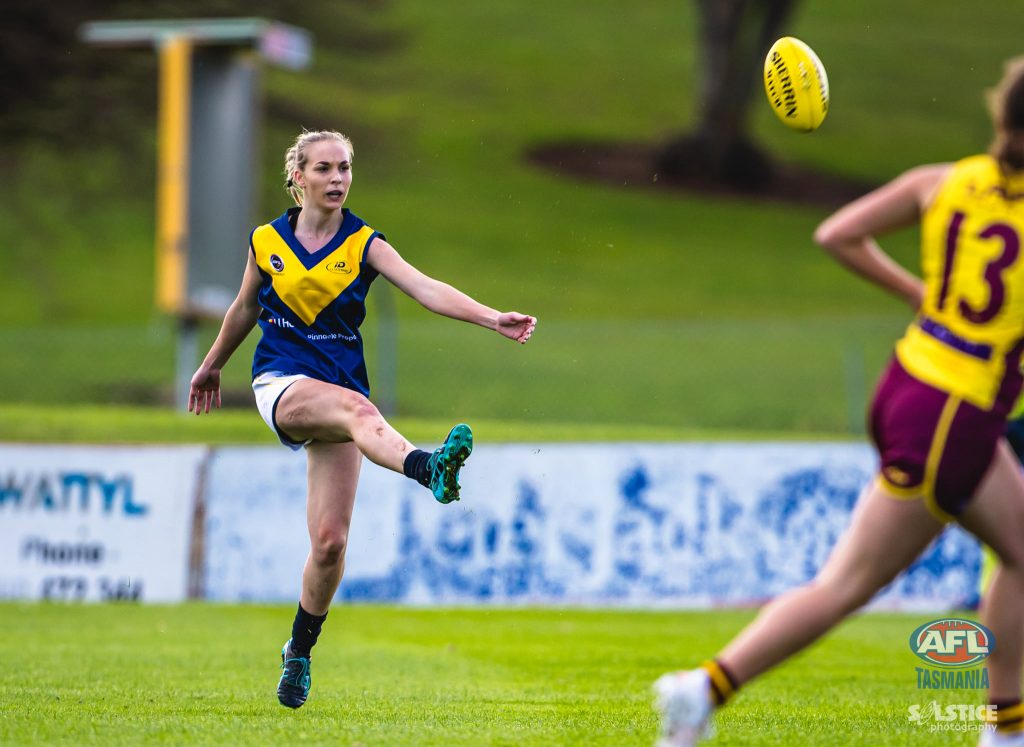 The Tasmania Devils star certainly didn’t look to be overawed in her first taste of senior representative football, collecting 16 disposals and using the ball well. She wasn’t afraid to do the dirty work around the contest either, laying four tackles and winning three clearances against a strong NWFLW midfield, and the SFLW will need more of the same from her here.

The Glenorchy forward has booted 19 goals from five games in the SFLW, but she was well held against the NWFLW with just six disposals, no marks and no score. With bags of eight and six majors to her name for the Magpies this year, she has the ability to single-handedly tear a game apart from the forward line. If the midfield can provide her with some tidy service inside 50 she could be the key to an improved showing on the scoreboard.

A regular in North Melbourne’s VFLW side, Skinner was impressive against the north-west and finished with 15 disposals. She barely wasted a possession in that performance, using the ball at 73% efficiency, and her composure in the midfield will be crucial once again. With the ability to sneak forward and hit the scoreboard, she would be hoping to add a goal or two to her one behind in last weekend’s game. 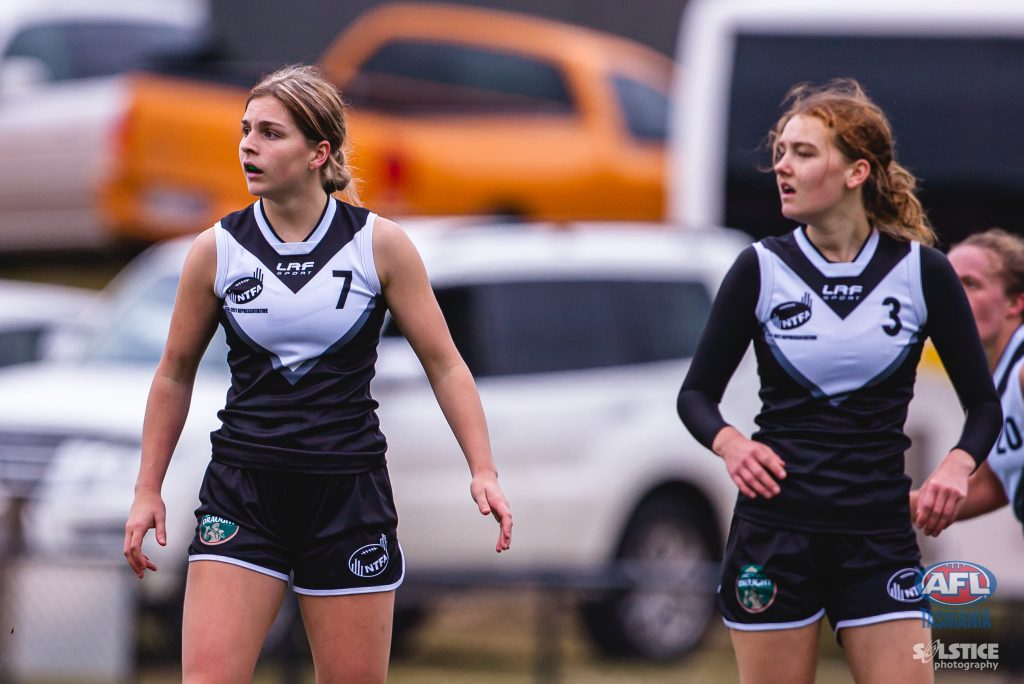 Another regular for North Melbourne in the VFLW, Sinclair gave the NWFLW defence plenty of trouble in her side’s opening game. She finished with 16 disposals from the forward line and, more importantly, she had three of the NTFA’s six scoring shots for the game. While she kicked just one goal and two behinds her performance should serve as an ominous warning to the SFLW’s defenders, with three of her five marks contested and two coming inside 50.

The Launceston defender may have only had eight disposals in the north-west, but she certainly made life hard for the NWLFW forward line. Her four spoils led the game and set the tone for her fellow defenders, and she claimed two intercept marks for good measure. Once she had ball in hand she sent it forward with purpose, finishing with five rebound-50s. As the vice-captain of the NTFAW side and one of their most accomplished defenders, she will need to lead from the backline once again up against Ford and the rest of the south’s attack.

It was a true captain’s performance from Taylor as she tried to lift her side with a mountain of work in the midfield. She racked up a game-high 22 disposals and made sure they weren’t empty possessions, setting the current series-high marks for contested disposals (12), clearances (5) and inside-50s (9). Her drive from the stoppages will be crucial against a tough SFLW midfield, and her leadership will be just as important as they chase their first win.