Tasmanians in the (Inter)State Leagues: June 18-20 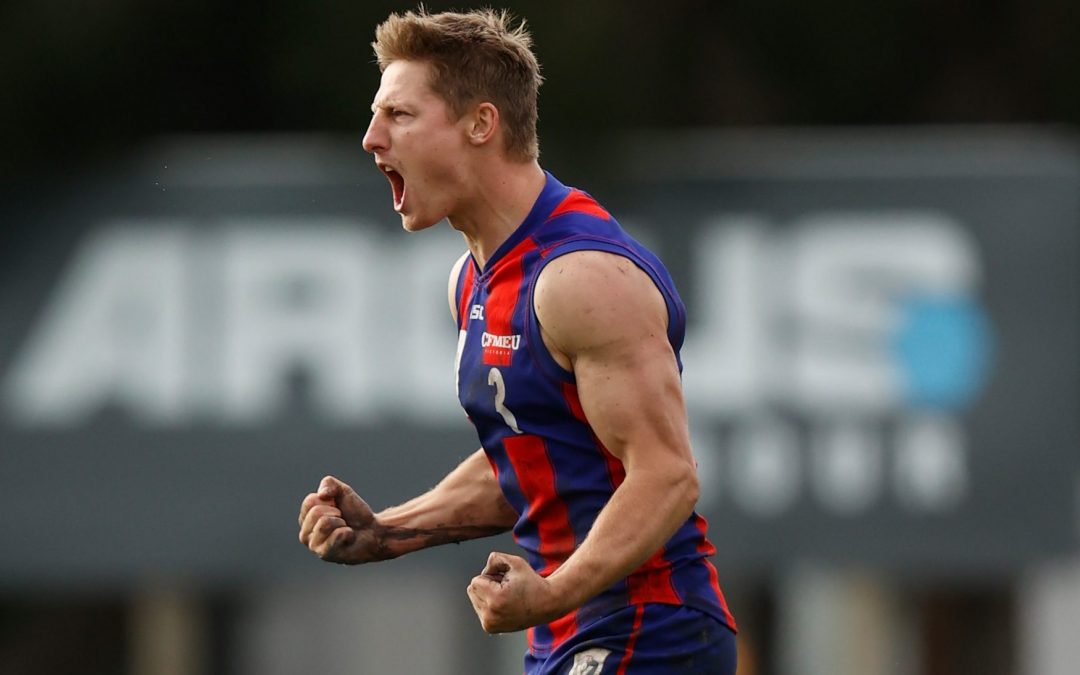 The VFL competition finally returned in full over the weekend, and several Tasmanians wasted no time in hitting the ground running upon the resumption. Port Melbourne’s Eli Templeton was the clear standout, the star midfielder going nuclear to finish with an immense 49 disposals, 13 marks and 2 goals, however it still wasn’t enough to get his team over the line against Carlton. Matt Hanson gathered 25 disposals and booted a goal in Werribee’s big win over GWS, North Melbourne youngster Patrick Walker had easily his best game in Roos colours to date with 23 touches and 10 marks, while Williamstown’s Mitch Hibberd had an excellent game with 28 disposals and 2 goals in his side’s draw with Richmond; he also had a kick on the final siren to win the match which unfortunately just fell short. In Queensland, Matt Doran impressed in his first game of the season for Southport with 16 disposals and a goal in the Sharks’ massive win over Brisbane, while Ryan Banks-Smith was dangerous around goal for Aspley with 3 goals from 13 disposals. Meanwhile AFL-listed pair Rhyan Mansell (17 disposals for Richmond) and Jackson Callow (2 goals from 9 touches for Box Hill) both made their first appearances at VFL level for the season.

The bye rounds continued in SA with only three Tasmanians in action this week. Kieran Lovell finally made his return from a lengthy injury lay-off for West Adelaide, and with 19 disposals and 5 marks he will be better for the run. Aiden Grace had a mixed day for Central District, getting the win and clunking 7 marks but booting a wayward 1.3. Meanwhile Sturt won their first away game at Port Adelaide in five years, however it was an average outing for Jared Dakin with just 10 touches and 5 marks.

Perth star Brady Grey made his return from a knee injury in Perth’s match against East Fremantle, enduring a somewhat quiet day with only 10 disposals as his side suffered a surprise loss. Unfortunately, East Fremantle themselves were without Hugh Dixon, who will miss at least the next month after the ankle injury that he picked in the Fremantle Derby two weeks ago was found to be worse than first thought.

Coorparoo’s season unfortunately came to a close on Saturday afternoon, going down to Maroochydore in the 1st Semi Final by 13 points. Jess Wuetschner – in her 50th game for the club and 200th senior women’s game overall – was again a star contributor, booting two of her side’s four goals, both from classy set shots.