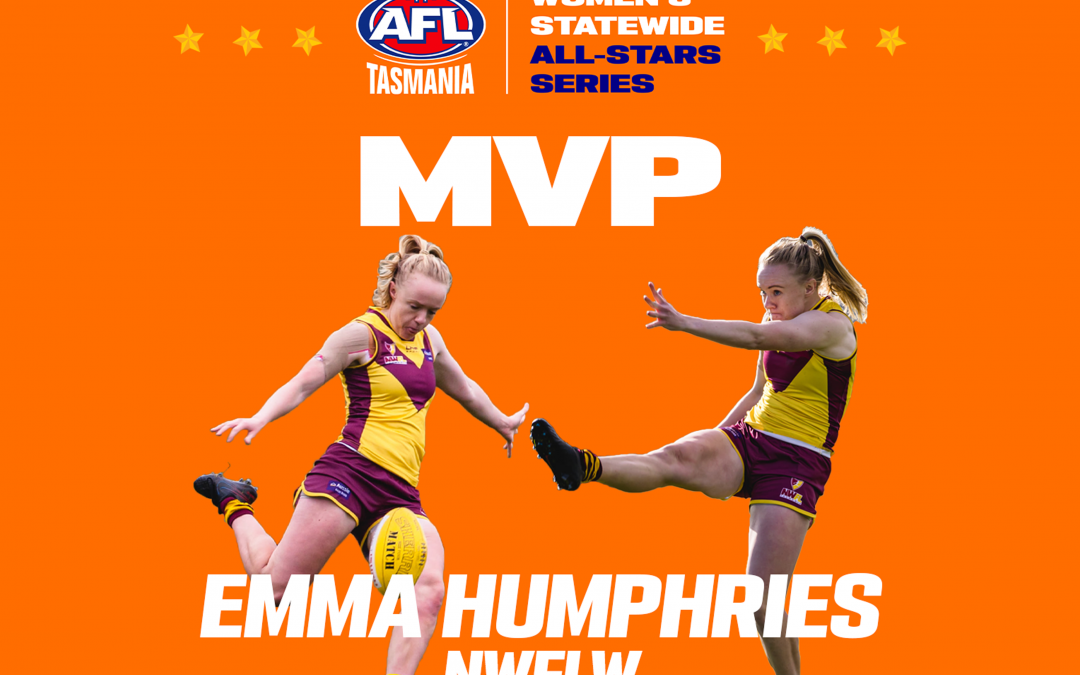 The NWFLW co-captain was dominant in her side’s two wins as they swept the series and claimed the premiership. She led the series in total goals (3) and inside-50s (11) while also averaging 15.5 disposals, three marks and two clearances per game. A strong player in the air and at ground level, she drove the NWFLW forward time and again from the midfield with booming kicks into their attacking 50.

Just as important was her leadership in a young NWFLW side, helping to guide them to two impressive wins against strong opposition. Alongside fellow co-captain Lauren Stevenson, Humphries led from the front and showcased her skills and experience in a historic All-Stars Series triumph.

The MVP award was voted on by the coaches of all three sides, as well as the broadcast team for each game. Humphries beat out the NTFAW’s Ella Maurer, the SFLW’s Brieanna Barwick and NWFLW teammate Libby Haines for the award. 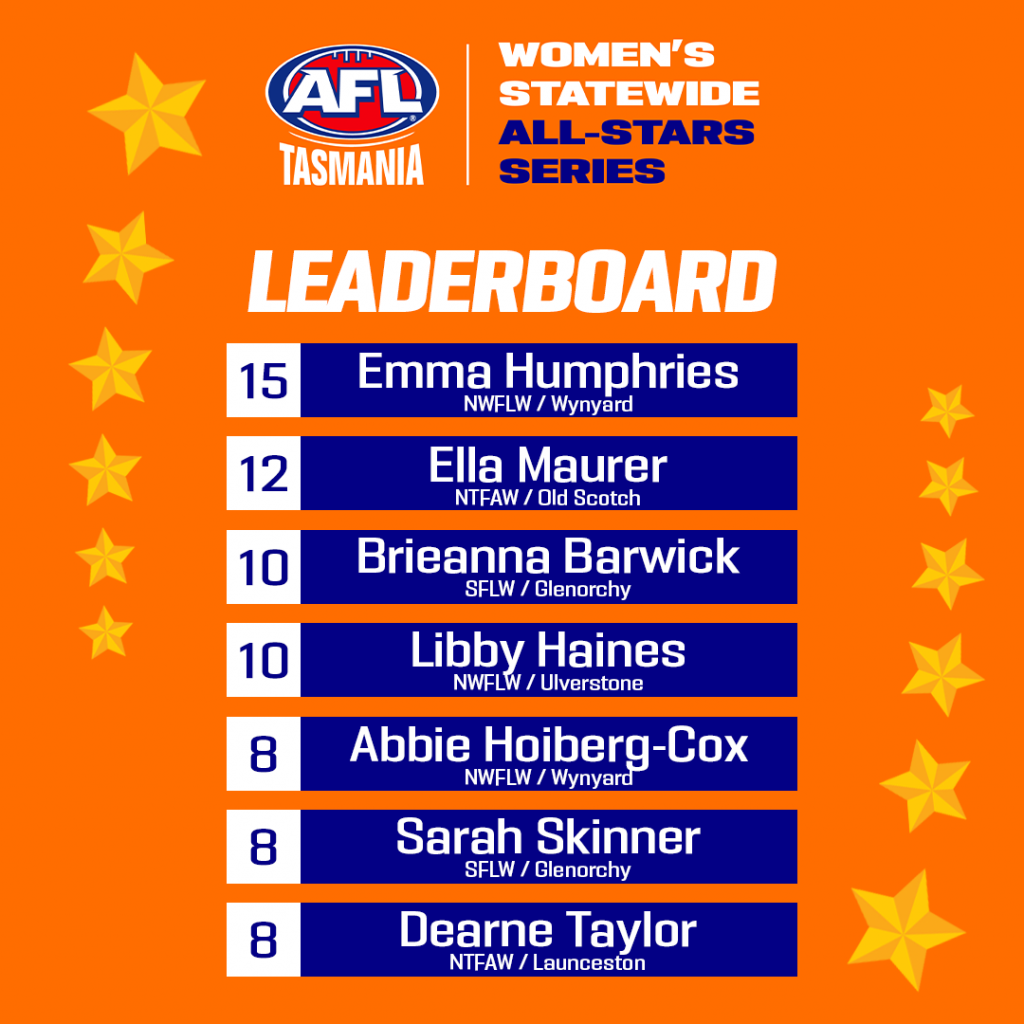