July 2021 was the AFL’s inaugural Women’s Coaching Month, giving football communities across the country the opportunity to acknowledge and celebrate women coaching the game. Despite the number of women and girls playing football, coaching involvement is still male dominated, with women making up fewer than 10 per cent of coaches nationally. Women’s Coaching Month aims to inspire more women to take up coaching and address this gender imbalance. A huge number of Tasmanian coaches were nominated as being deserving of recognition during Women’s Coaching Month, highlighting the passionate and talented females that are currently involved in the game. Find out more about some of their stories below. 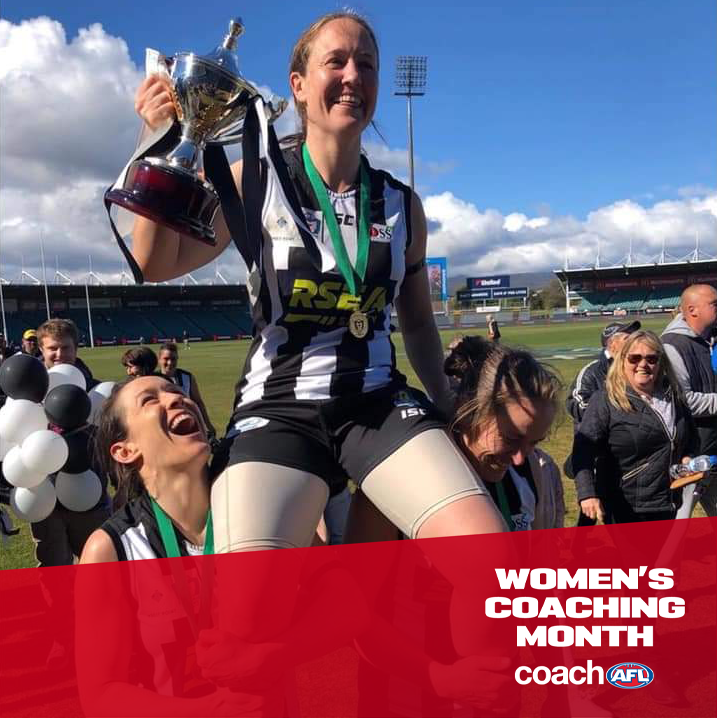 After a wonderful playing career with the Glenorchy District Football Club that included state representative football, senior captaincy, a senior premiership and club life membership, Sandy began as an assistant coach with Glenorchy in 2019. She moved into the role of senior coach at Claremont in 2020, and in her first season led their SFLW side to a premiership. According to one supporter, “Sandy is a truly inspiring person, an ambassador for females in AFL and to have people like her who volunteer their time to the sport is a testament in itself. “Sandy is a true leader, and as a coach she is now sharing her knowledge to develop the next generation of players.” 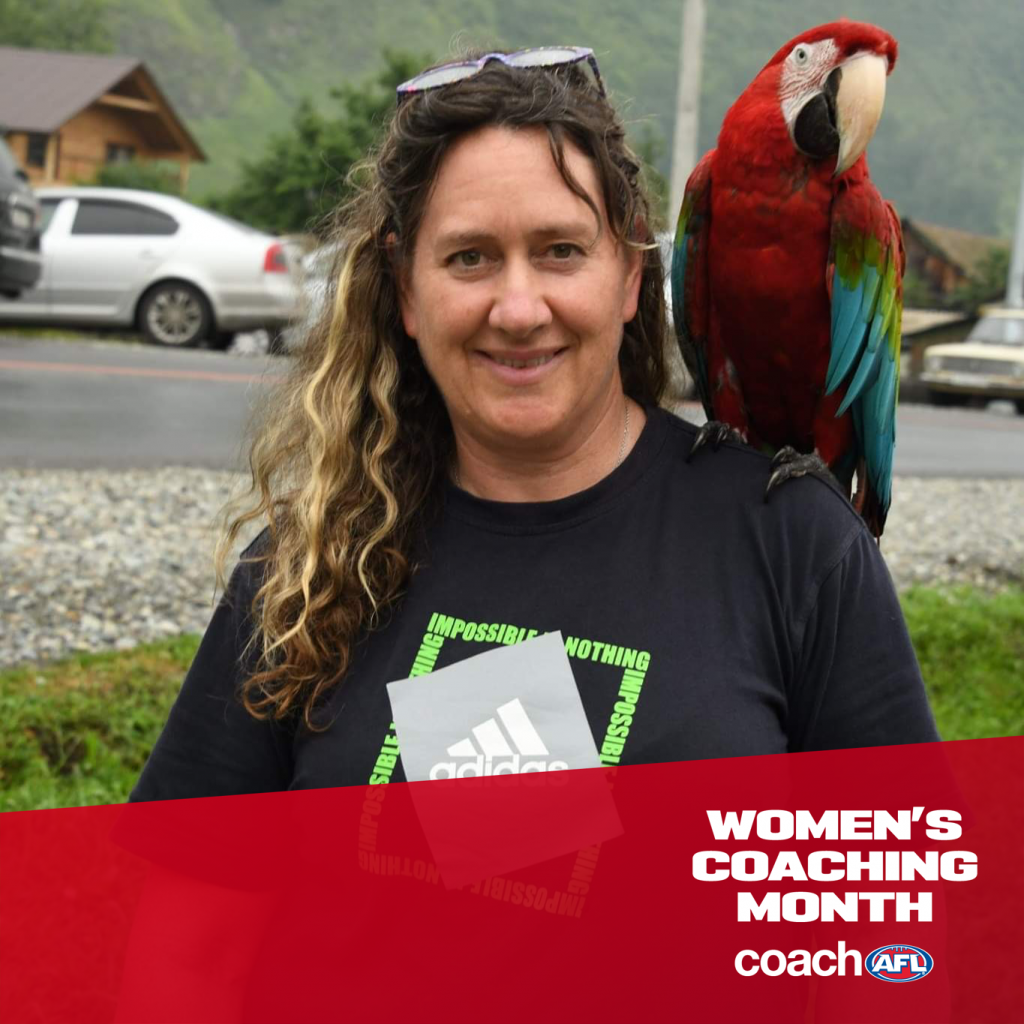 Sally joined Forest Stanley as head trainer in 1997, and since then she has continued in this role while also coaching the club’s junior under-12 team for the past three seasons. As one club member said, “Sally is always willing to help in all areas of the club. Her time is never a problem and her skills are invaluable. “She is very dedicated to her baby demons and the club is very fortunate to have her.” 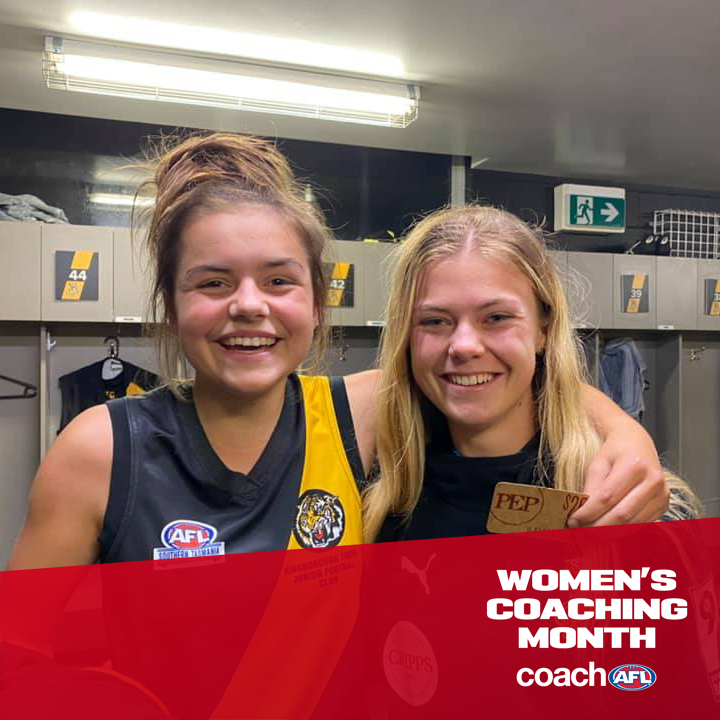 A regular senior player and SFLW representative, Lilly is in her third year of coaching and is mentoring the Tigers under-13 girls team. She is keen to undertake training for her Level 2 coaching accreditation, and she derives great pleasure from watching the girls achieve their goals and their progress towards senior ranks. Adored by the girls, she has achieved a great balance between teaching them the game and having fun. She also sees mutual benefits in playing and coaching, as she can use her on-field experiences to better instruct the girls, while coaching has made her more analytical of her own game. The thing that motivates her to stay involved in coaching? “I find it incredibly rewarding and the girls brighten my days.” As one Tigers spectator told AFL Tasmania, “if you go over to the sidelines during breaks when her girls are playing, you’ll see her with a smile on her face. You can tell how much she loves coaching these girls, especially when they make her laugh.” 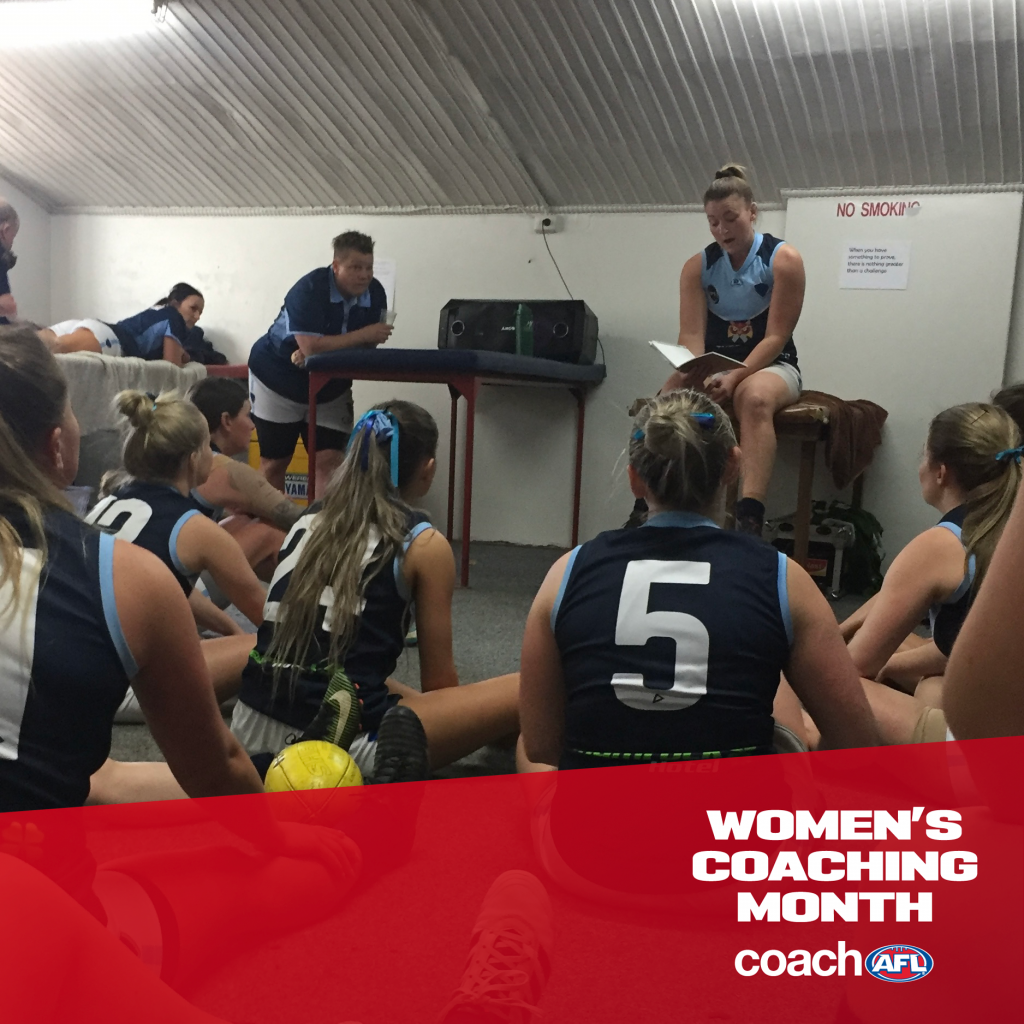 After starting her playing career with Clarence, Jodie played a huge role in the foundation of the Lindisfarne Lady Blues in 2017. As a playing-coach she has led the side to three grand finals, including back-to-back premierships in 2017 and 2018. Jodie’s coaching record speaks for itself—with 58 wins, 14 losses and one draw, she has a remarkable winning percentage that sits just a touch below 80%. As told to AFL Tasmania, “Being a playing coach is a tough gig, and her coaching on and off the field doesn’t change.” “However, her coaching on field expands to being a leader, leading by example and with the standards that she sets. “After a strong start to the 2021 season and currently sitting second on the ladder, Jodie may take the Lindisfarne Lady Blues into another Grand Final.”

Both Lavinia and Chelsea are state representative players, and they have both stepped up into coaching roles with the Demons under-11 girls side to give the stars of tomorrow their time and expertise. As one supporter told AFL Tasmania, “The girls absolutely adore them both and there is lots of cuddles in the huddles at quarter time.” Another says “These 2 beautiful girls stepped up to lead and inspire our next generation of AFLW superstars.” 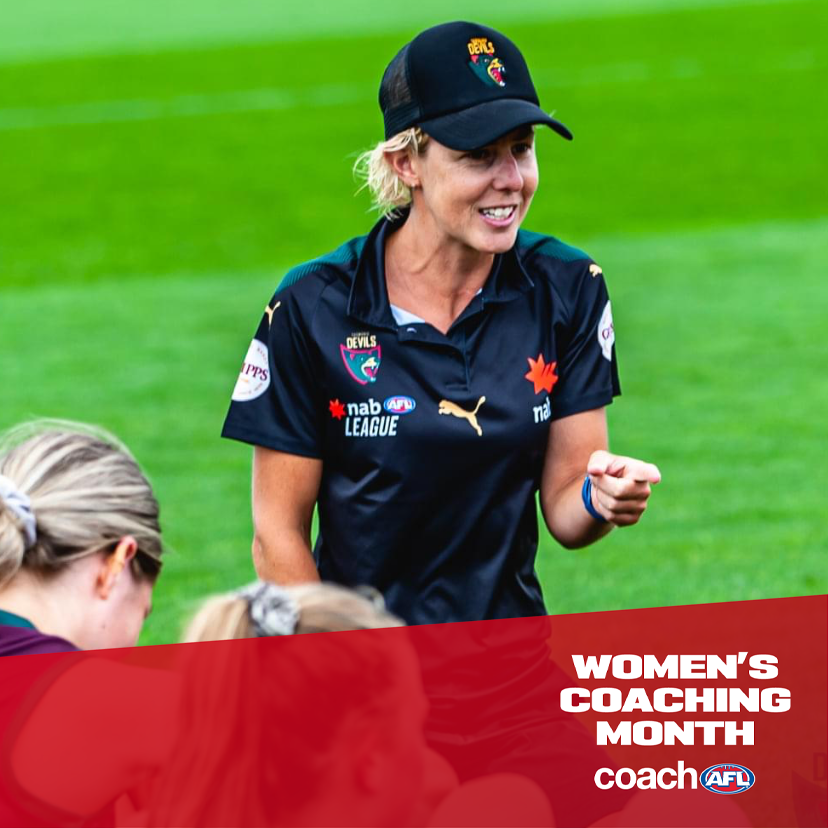 Jodie Clifford is a hugely popular coach with both the George Town Football Club and the Tasmania Devils NAB League Girls. Read more about her contributions to the game, as told to AFL Tasmania, below. “Jodie’s commitment to developing players and promoting AFL at all levels is a highlight if her capacity to encourage women to the game. She motivates women who have their sights set on AFLW and this was demonstrated in her contribution to the successful Devils team this year. “At the same time she will advise and lead 1st game players during games to understand the roles and rules. This was evident in a George Town vs Deloraine where both umpires and parents acknowledged Jodie’s sportsmanship and positive role model. “She has and continues to inspire young women to take up the sport and is inclusive and accepting of all.”   For a full summary of the coaches featured during Women’s Coaching Month, click here.