Around the grounds: September 10-12 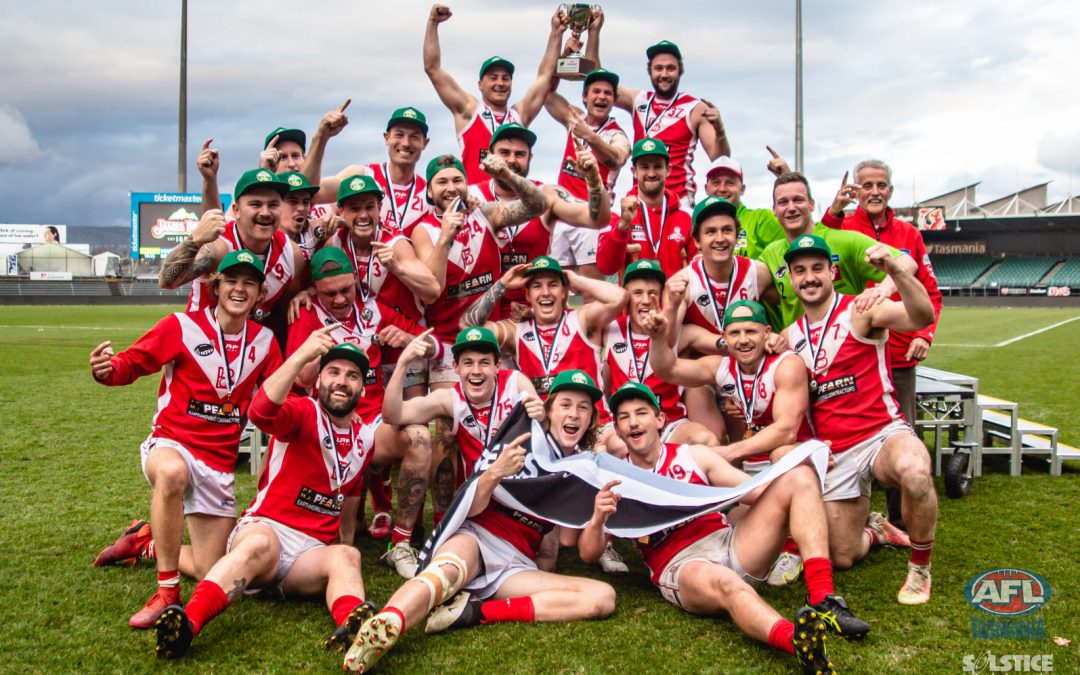 Catch up on the biggest results from across Tasmanian football, with a full list of scores from around the state below.

The Bracknell Redlegs have won their first premiership since 1997, beating South Launceston by 19 points in the NTFA Premier Division grand final to complete a fairytale finals run. Despite a fourth-place finish in the home and away season, Bracknell won their way into the decider and stormed ahead early when Jacob Huett kicked the first two goals of the game. The Bulldogs managed to pull one goal back, but the ball lived in Bracknell’s forward line for much of the quarter and the Redlegs took a 22-point lead into the first change. One goal apiece in the second term saw the margin hold steady at half time, before South Launceston found their footing in the third and fought to get back into the contest. They booted back-to-back goals to pull closer, and they kept Bracknell in check until the dying moments of the quarter. A strong mark and goal from Redlegs tall Sam Douglas gave his side the momentum and a three-goal buffer heading into the fourth quarter, and they continued to surge as the fourth quarter began. They added three more goals to build a match-winning lead, and while South Launceston battled late they were unable to mount a serious challenge. That left Bracknell and their dedicated fans to celebrate a long-awaited premiership at the final siren. Redlegs recruit Josh Holland was awarded the Clarrie Boon Medal as the best player on the day, while Huett and Callum Mulder led the way with three goals apiece.

Glenorchy completed their undefeated season in the SFLW’s top division in impressive fashion, defeating Claremont by 36 points in the grand final at North Hobart Oval. Glenorchy came into the decider as the strong favourites, but after upsetting Clarence in last week’s preliminary final Claremont were full of confidence. Jemma Hay provided the first goal of the game for Glenorchy, before Clarement spent a long period forward and found some reward in a major to Nietta Lynch. A downpour of hail made life difficult towards the end of the first term, but a set shot from Elise Barwick after the siren gave Glenorchy a one-goal lead at quarter time. Claremont refused the bow down, though, and when they kicked the first major of the second term they found themselves ahead by one point. That would be their last lead of the day, though, as Glenorchy grabbed two quick goals before half-time and continued to pull away from there. The minor premiers carried that momentum into the third term, kicking the first two goals after the restart to take a commanding 26-point lead midway through the quarter. Claremont continued to battle and added their third goal late in the term, but they still faced an uphill battle at the final change. It proved to be a bridge too far for them, as Glenorchy piled on four goals in the last quarter to seal the first premiership in the SFLW’s new form. Tiarna Ford was the standout for the winners, booting four goals and winning the best on ground medal for her efforts. Glenorchy will now face Ulverstone in the Women’s Statewide Grand Final this Sunday. 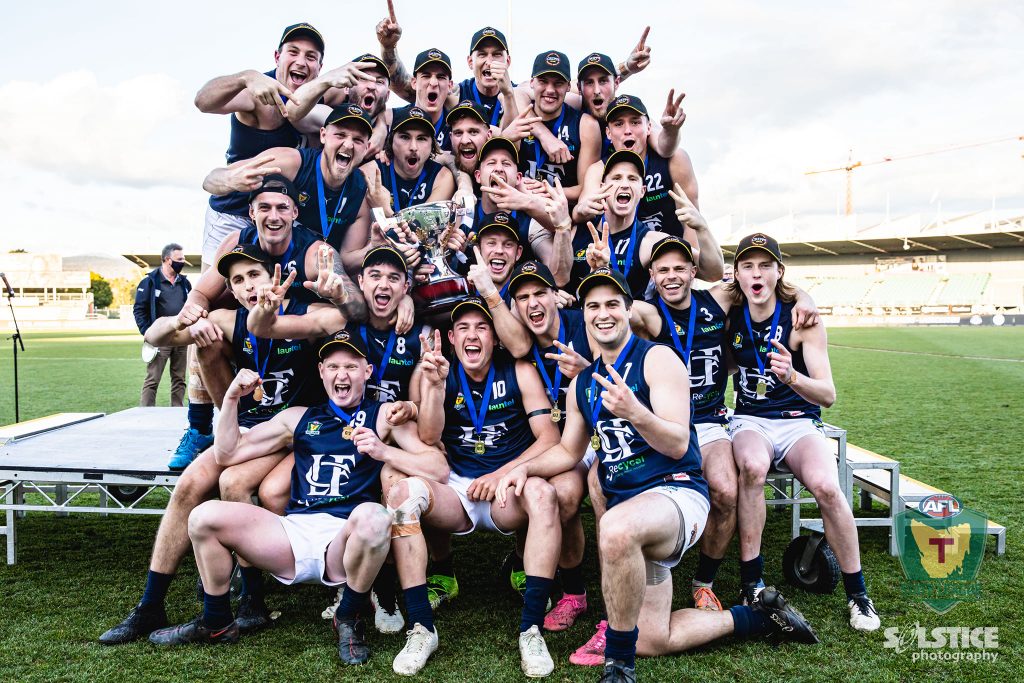 Launceston stormed home late to claim their second consecutive TSL premiership, winning the 2021 grand final by 34 points against North Launceston. The Blues were the benchmark side for much of the season, but they were forced to take the long road to the decider after losing to the Northern Bombers in the qualifying final a fortnight ago. Looking to avoid a repeat of that result, Launceston burst out of the blocks and kicked the first two goals of the game inside six minutes. North hit back and got on the board with a long goal from Brandon Leary, but Launceston playing-coach Mitch Thorp kicked his second goal of the quarter from the 50 metre arc to keep his side in control and ahead by six points at the first change. Launceston looked set to skip away when they kicked the first two goals of the second quarter, but a spectacular mid-air volley from Brad Cox-Goodyer and a free kick and goal immediately afterwards brought the Northern Bombers back within four points at half time. It was the Blues that opened the scoring once again in the third term, this time through Joseph Groenewegen, and a tidy snap from Jay Blackberry saw them skip away again to lead by 16 points midway through the quarter. The game continued to follow a set pattern, though, with the Northern Bombers kicking the next two goals to keep the deficit at three points and set up a mouth-watering fourth quarter. The class of the Blues began to shine through in the final term, and this time North had no answers and were unable to stem the tide. Groenewegen, Jack Donnellan, Zach Morris, Brendan Taylor and Michael Musicka all added goals, and the Northern Bombers were held to just a single point as they were blown away late. That made the final minutes a victory parade of sorts for the Blues, and there were jubilant scenes at the final siren. Groenewegen was awarded the Darrel Baldock Medal for a fantastic all-around performance in the ruck, with Taylor leading the goalkicking with three.