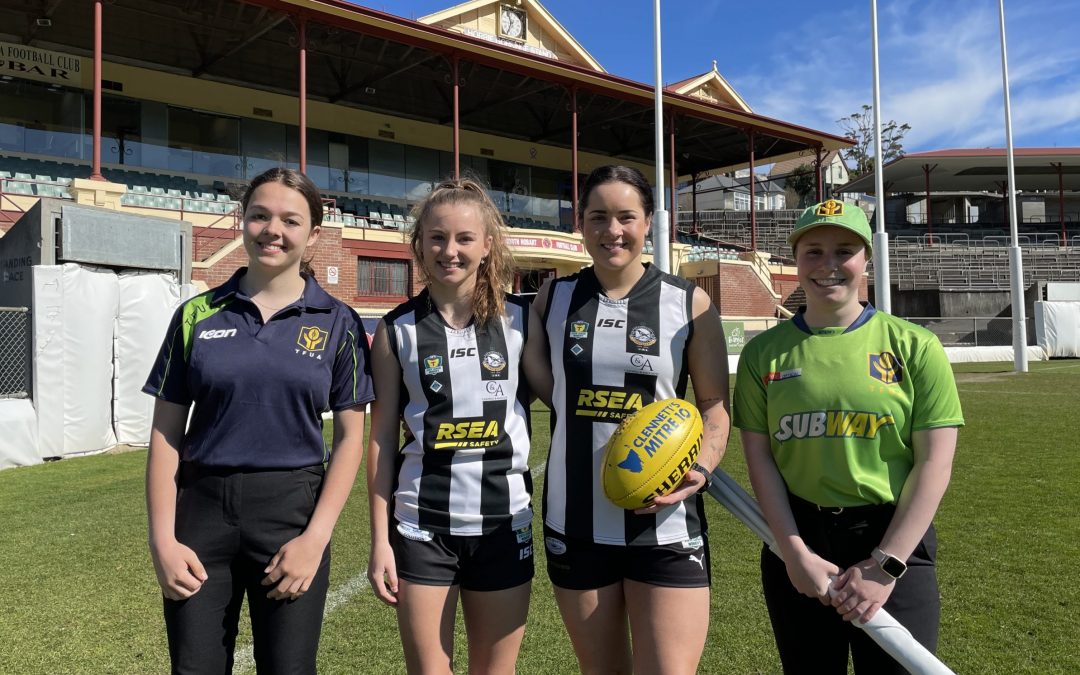 This Sunday’s Women’s Statewide Grand Final is fast approaching, with Glenorchy and Ulverstone set for a blockbuster tussle.

The clash at North Hobart Oval will also be a big occasion for the umpires, with an all-female umpiring panel set to officiate.

Olive Anderson and Tiana Bisinella (field), Angela Holland and Bella Quin (boundary) and Abbie Genders and Isobel Mitchell (goal) will all take to the field for this inaugural Women’s Statewide Final.

Field umpire Olive Anderson acknowledges that this is an important occasion for all involved.

“This is a special game for the players, but it is also an honour for us,” she said.

“It’s special to run out alongside these umpires and players, who are all very good at what they do.”

Anderson, who has been umpiring for two years, concedes that this game will be new ground for her.

“This will be the first game I’ve umpired in with an all-female crew. It’s great to see young women not only playing the game, but also umpiring.

“Representation is really important. Now young girls can see that they can be involved in the game as a player or as an umpire.”

Goal umpire Abbie Genders, also in her second year, is excited by the occasion.

“Like Olive, this will be my first all-female crew and it’s good representation for how we can go. I’m really proud to be part of this team, especially for such a big game.”

AFL Tasmania Umpiring & Coaching Manager Sam Bridges says the growth in female football has also lead to an increase in female representation within the umpiring pathway.

“You can’t be what you can’t see. An all-female umpiring panel for a game like this will only encourage others to get involved in umpiring when they see the match on the weekend,” he said.

“Someone like Xanthea McCarthy, who has umpired at TSL level, has been a trailblazer here in Tasmania, and has shown that girls can take that next step. There’s a pathway for girls to make it to the highest level as umpires, and it’s just really exciting for our game.”