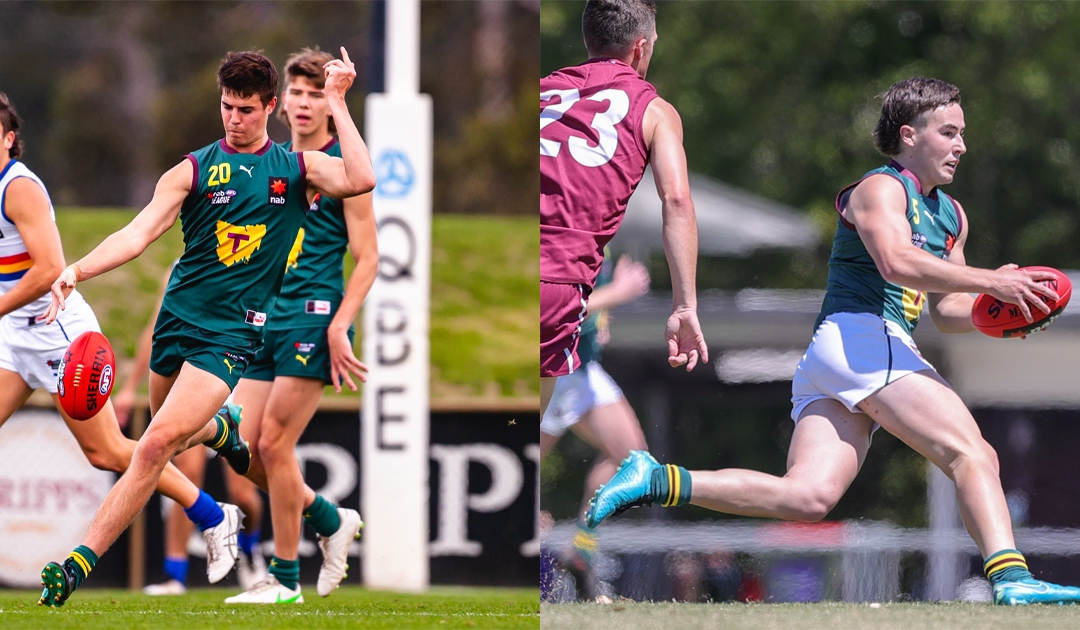 With the current situation relating to the COVID-19 pandemic seeing variations in restrictions across the country, the annual NAB AFL Draft Combines will be state-based combines in 2021. Tasmania’s prospects will undertake their testing on Monday October 11, with a range of activities designed to assess each player’s physical strengths through several tests including 20-metre sprint, agility tests and vertical jump.

AFL Clubs are asked to each select a list of their preferred players to attend the 2021 NAB AFL Draft Combine, with all invitees receiving nominations from several AFL clubs.

McGinniss is one of several Tasmanians to appear for North Melbourne in the VFL this season, debuting against Frankston in round two and looking comfortable at that level. He has enjoyed a strong NAB League campaign, averaging 17 disposals and 4.6 marks and producing back-to-back games of 24 and 25 disposals in his last two games. In the recent game against Queensland, he patrolled the backline well and finished with 18 disposals and seven rebound-50s.

Sanders has enjoyed an impressive year in the Devils midfield, opening the season with back-to-back 29 disposal games in the NAB League. He too made his VFL debut with North Melbourne, and he was named in their best players in round two with 12 disposals and a goal. After an injury layoff in the middle of the year, he has returned to his best through the TSL and starred against Queensland, racking up 26 disposals and two goals.

Speaking earlier this year, AFL Talent Ambassador Kevin Sheehan said the National Draft Combine is an opportunity for players to showcase their physical ability before the 2021 NAB AFL Draft at the end of November.

“Although there have been various interruptions to State Leagues and Talent programs again this year, the AFL Clubs have seen enough potential to issue this initial list of 90 invitations to players from all regions of Australia,” Sheehan said.

“They are regarded as having the necessary potential to be contenders for the 2021 NAB AFL Draft to be held in late November.

“The 2021 version of the NAB AFL Draft Combine will look a little different, but we held similar events in 2020 with great success and it will provide all AFL Clubs a chance to assess players on their physical capabilities.”