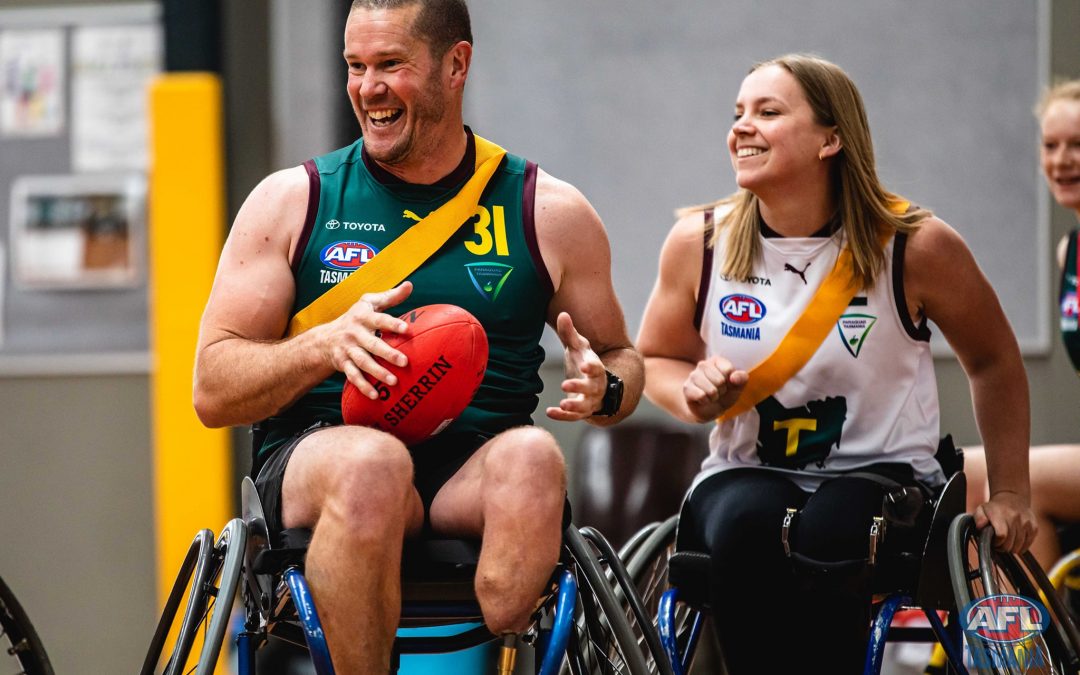 Ongoing COVID-19 challenges have hampered football competitions across the country in recent years, with the Tasmanian State Inclusion and Wheelchair AFL teams unable to participate in national carnivals in 2020 and 2021.

Off the back of International Day for People with Disability (IDPwD) on Friday 3 December, AFL Tasmania worked with New Horizons Tasmania and ParaQuad Tasmania to host an ‘Inclusion and Wheelchair AFL Gala Day’ at Prospect High School on Sunday 5 December.

Both matches were officiated by TSL umpires Sam Bridges and Kayden Wynwood and were a great success, with athletes given the chance to play an exhibition match after the disappointment of missing out on their respective national carnivals.

“It has been a great day, especially having some new players come along and take part in both games,” AFL Tasmania’s Barry Gaby said.

“It’s great to give these games and athletes the exposure they deserve. For instance, we were due to host the Wheelchair Championships in Tasmania this year but unfortunately couldn’t do so due to COVID-19.”

“We have really strong relationships with New Horizons Tasmania and ParaQuad Tasmania. Our partnershIps are really strong and they help enable us to get our teams together. They’re the vehicle for these opportunities, we just jump on the back to help out where we can.”

AFL Tasmania would like to thank Toyota for making the livestreams of both matches possible, as well as the Launceston Masters Football Club, the Hawthorn Football Club  and Prospect High.

Despite a slow start, Tasmania took out a thriller against the Launceston Masters, running out two-point winners.

Vinny Hall provided plenty of dash off half back before successfully moving forward in the second half, while Matt Bowen was a vocal presence on the field, inspiring his teammates with great enthusiasm.

In an even team performance, the team-first attitude of the Tasmanian side was on full display, with the match played in great spirits.

Tasmania Green took the spoils in a see-sawing affair against Tasmania White.

Hawthorn Wheelchair VFL player Joe Chivers was instrumental for Team Green, working well up and down the court.

Georgia Brown and Lauren Burns created opportunities forward of centre, as did Peter Brown, who showcased his ability to score from long-range. Griffin Hearn and Ben Winwood were also busy, making for an even team performance from the Green side.

Trent Johnson proved to be Team White’s danger man, finishing with six of the team’s seven majors. Georgie Gott and Skye Johnson looked lively, providing Johnson with many of his opportunities. Mason Brown looked likely across the defensive half, often playing as the architect for the team’s attacking forays. Jason Jinks was similarly impressive, making life difficult for his opposing players.

“Many years ago I represented Tasmania in under 15s able-bodied footy,” Joe Chivers said.

“When I had my accident, I never thought I’d be able to play high-level footy again. Thankfully through the invention of ParaQuad Tasmania, we have been able to adapt the sport. It adds a real quality of life and I couldn’t be more thankful.” 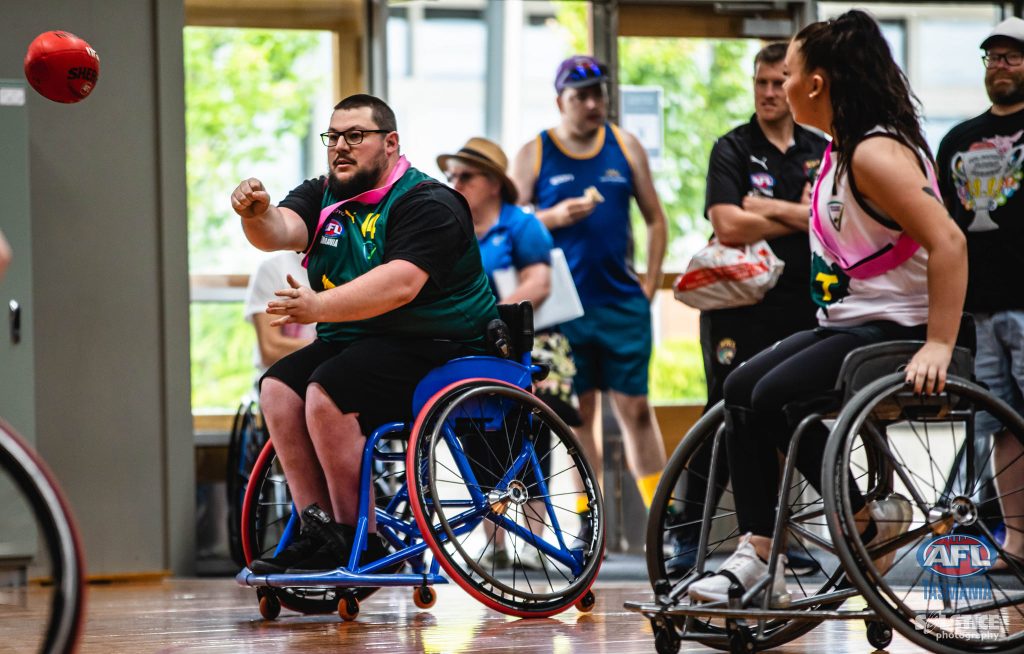 “AFL is our national game, so it’s fantastic to adapt the sport and get out and about. Regardless of your age or ability, you can jump in a chair and have a go.”

Find out more about New Horizons Tasmania and ParaQuad Tasmania by visiting their websites.