Tasmanians in the (Inter)State Leagues: May 7-8 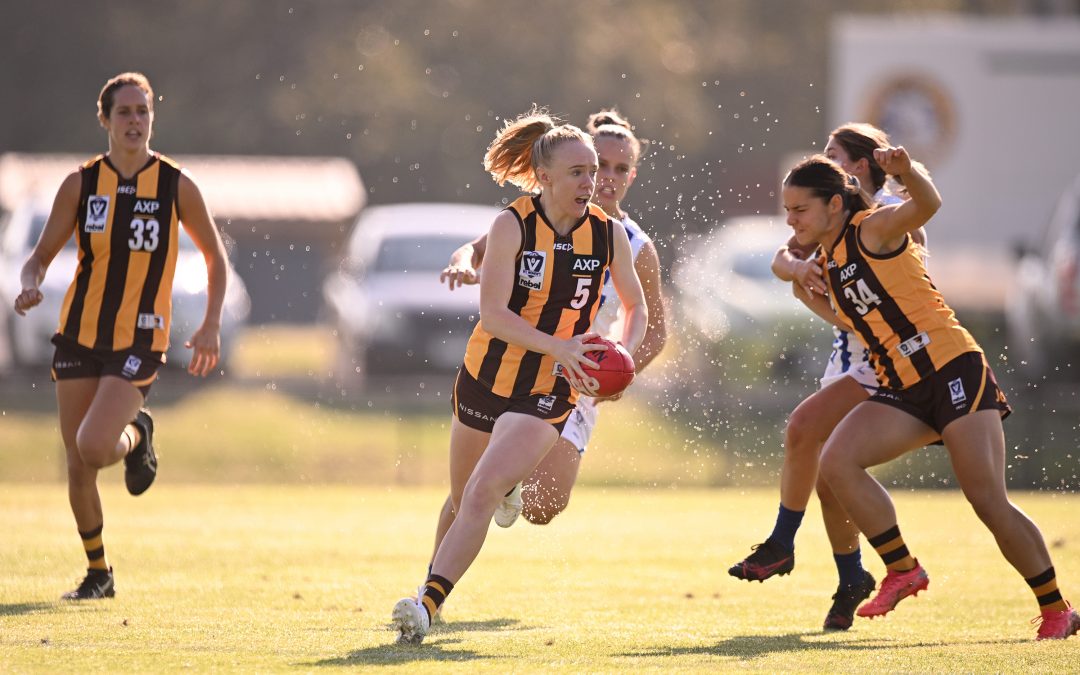 Brisbane veteran Mitch Robinson continues to bash down the door for a senior recall, dominating at VFL level for a second straight week with 31 disposals, 9 marks, 6 tackles and 3 goals to help steer the Lions to a big win over Coburg. Eli Templeton was slightly down on his usual output but still amassed 20 touches, 6 marks and 4 tackles in Port Melbourne’s loss to Richmond, for whom Sam Banks was again influential with 11 disposals and 2 goals, the first of which was a spectacular, Akermanis-esque flying shot from the boundary at full tilt. Elsewhere, Jay Lockhart (18 disposals), Mackenzie Willis (16 disposals, 5 tackles) and Jay Foon (14 disposals, 8 tackles) were all amongst Southport’s better performers as the Sharks went down to Casey, Matt McGuinness again dominated the air for North Melbourne with 8 marks alongside 14 touches, Brady Grey hit the scoreboard with 2 goals from 15 disposals and 6 marks as Box Hill destroyed Essendon, while Robbie Fox marked his return from injury for Sydney with 15 disposals as the Swans downed Werribee.

Jessie Williams has kicked three goals in the opening half to give Hawthorn a commanding lead over Port Melbourne.

In the VFLW, Hawthorn inflicted a huge 88-point defeat on Port Melbourne thanks to a superb 4-goal, 11-disposal performance from Jessie Williams, while Emma Humphries was also outstanding for the Hawks with 17 touches and 6 marks. On the other side of the equation, North Melbourne endured a very dirty day against Geelong, with Sarah Skinner booting the Roos’ only goal for the game to go with 13 disposals and 7 marks – she was chiefly aided by Ella Maurer (9 touches, 4 clearances), Britt Gibson (12 disposals) and Devils star Georgia Alomes (11 touches, 4 marks), while Perri King and Georgia Nicholas (5 disposals apiece) also featured for the Roos. Meanwhile Jemma Webster was again solid for the Western Bulldogs with 11 disposals and a goal in their loss to the Southern Saints.

It was a day forget for Central District on Sunday, slumping to 1-5 for the season after being slaughtered by Sturt to the tune of 98 points; Zac Buechner and Aiden Grace (9 disposals apiece) did not have much of an influence on the contest, though Grace did slot one of his side’s five goals. Meanwhile, South Adelaide finally returned to the winner’s list with a superb six-point comeback victory over Norwood – Mitch O’Neill once again was the pick of the Tasmanians with 23 disposals, 10 tackles and six clearances, while Jye Menzie (2 goals from 11 disposals) and Oliver Davis (17 touches, 8 tackles) were also prominent; for Norwood, Baynen Lowe returned from injury to amass 14 disposals and 5 tackles, while Tom Donnelly booted a goal from his five disposals.

Fremantle’s Alex Pearce played at AFL level, however Hugh Dixon was unable to play in the WAFL this weekend despite being dropped from West Coast’s AFL side, as the Eagles’ drastic player availability issues saw their WAFL fixture against East Fremantle postponed.