Tasmanians in the (Inter)State Leagues: July 1-3 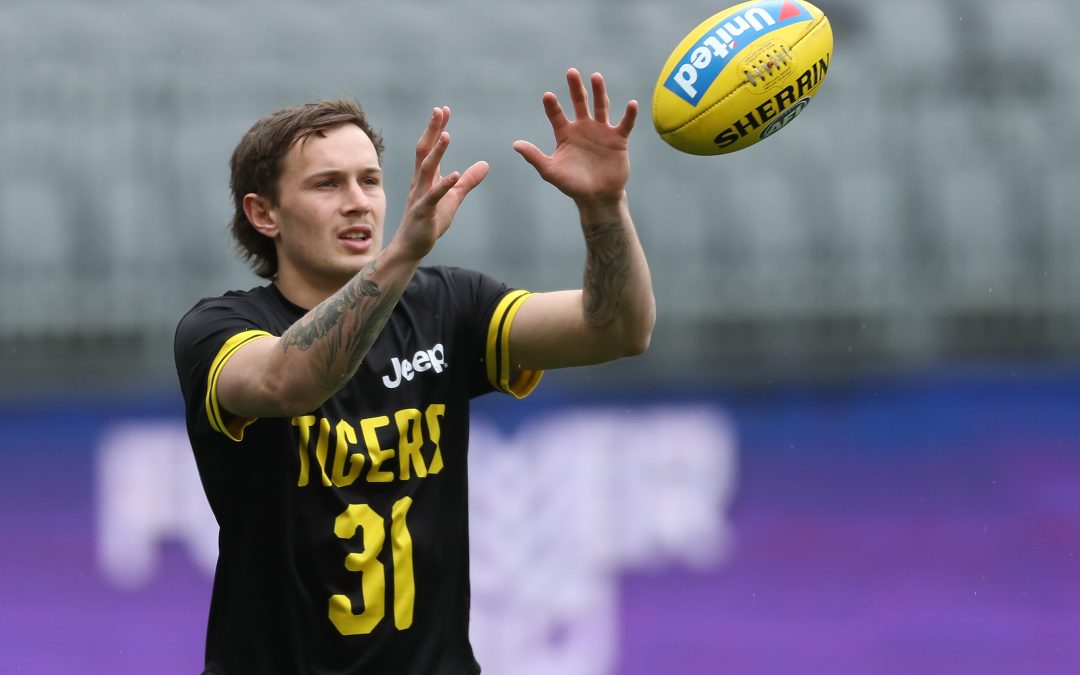 Only eight Tasmanians were in action this week, but there were still a number of excellent performances. Mitch Robinson again responded well to his axing from the senior team, finishing with 26 disposals, 5 marks, 9 tackles and a goal as Brisbane defeated the Western Bulldogs. Rhyan Mansell also figured prominently in Richmond’s narrow 4-point loss to Collingwood, gathering 22 disposals and 6 marks in one of his best performances of the season. Matt Hanson amassed 24 touches, 6 marks, 5 clearances and a goal in Werribee’s big win over North Melbourne, for whom Matt McGuinness (14 disposals, 6 marks) and Patrick Walker (15 disposals) put in solid efforts, while Eli Templeton keeps on keeping on for Port Melbourne, finishing with 28 disposals, 5 marks and 5 clearances as the Borough went down to Casey. Elsewhere, Jackson Callow managed just 7 disposals and 1 mark against GWS in monsoonal conditions, while Jye Menzie had his first goalless outing since arriving at Essendon, finishing with 10 touches and a behind as Essendon were well-beaten by Sydney.

South Adelaide’s disappointing season went from bad to worse on Saturday, going down by a solitary point to Central District with literally the last kick of the game. The loss was further soured by injuries to midfield guns Oliver Davis and Mitch O’Neill, however Harrison Gunther (2 goals from 10 disposals) and Fraser Turner (15 touches, 6 marks) tried hard for the Panthers; for Centrals, Zac Buechner had a serviceable but unspectacular game with 12 disposals, while Aiden Grace was well-held to just 6 touches and no goals. It was also another disappointing result for reigning premiers Woodville-West Torrens, falling to Norwood by 24 points at home. Jesse Lonergan turned another consistent performance for the Eagles with 13 disposals and 4 clearances, while for the winners Baynen Lowe again hit the scoreboard with a goal from his 13 touches, along with 5 tackles. Meanwhile Jared Dakin continues to enjoy a solid run of form at senior level for Sturt, amassing 18 disposals and 7 tackles in the Double Blues’ 40-point win over West Adelaide.