Tasmanians in the (Inter)State Leagues: July 30-31 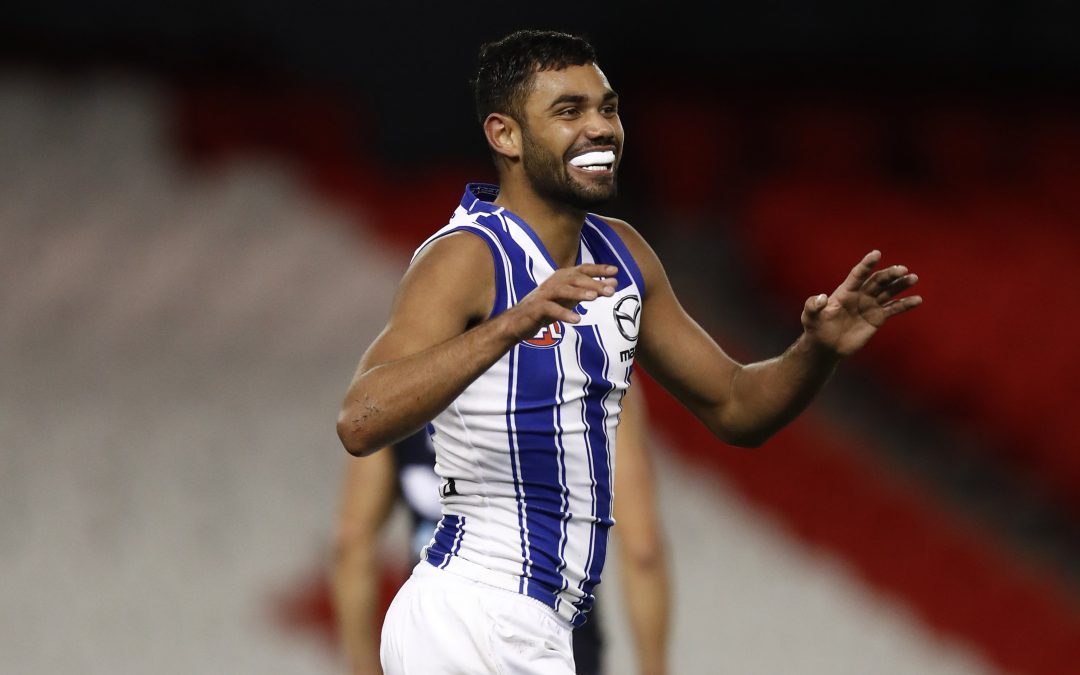 It’s been a tough few weeks for North Melbourne star Tarryn Thomas, but he gave the football world a timely reminder of his talent in his first match back from personal leave against Essendon on Sunday. The young gun had 20 disposals at half time before finishing with 26 touches, 6 tackles and 6 clearances, however it wasn’t enough to prevent the Roos going down by 29 points; Matt McGuinness and Patrick Walker (both 16 touches) were also good for North, especially in the second half. Not for the first time this season, Eli Templeton stood out for Port Melbourne in a heavy loss, this week gathering 32 disposals, 5 marks and 6 clearances as the Borough went down by 69 points to the Gold Coast Suns. In other matches, Sam Banks (10 disposals) and Rhyan Mansell (9 touches) both endured quiet outings as Richmond went down to Brisbane, while Southport suffered their second loss in a row with a 38-point loss at the hands of Collingwood – Mackenzie Willis (17 disposals and 5 marks) and the recalled Matt Doran (16 touches) performed well, however Jay Lockhart finished with just 9 disposals.

Hugh Dixon was the ‘medi-sub’ for West Coast at AFL level this week.